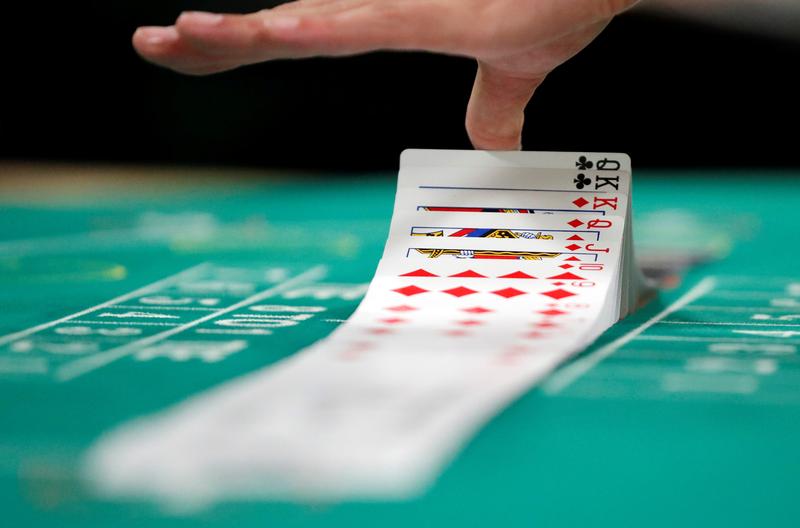 Lawrence Ho’s $11 bln gambling empire has offered to buy the rest of its Manila resort operator. The valuation methods are creative and Melco is trying to bully minority holders. Prospective investors in a planned New York IPO should take note of this treatment, however distant.

Instructor Daisuke Sato performs a turnover of a deck of cards on a black jack table at Japan Casino School in Tokyo, Japan August 4, 2018.

A Melco Resorts & Entertainment unit on Oct. 4 defended the valuation it used to set the price of a tender offer to buy out minority shareholders in its Philippines venture after they had raised concerns about the methodology with the local bourse.

Melco’s MCO Philippines Investments on Sept. 10 offered to buy up to 1.5 billion shares, or the publicly traded 27 percent of its Manila-listed subsidiary’s outstanding capital, at 7.25 pesos each. The price represents about a 17 percent premium to where the shares closed on Sept. 7, the last trading day before the tender offer was announced.

The total cost of the proposed share purchase would be about 10.9 billion pesos ($200 million). The tender offer had been due to start on Oct. 3 and end on Oct. 30. Melco told the Philippine Stock Exchange on Oct. 1 that it would defer it for about two weeks “or until such time that it otherwise determines.”

Melco had said it would seek a voluntary delisting of the company even if it did not secure the 95 percent ownership required, but noted in its Oct. 4 statement that the final decision would be made by the exchange.

The context news has been updated to include a new statement from the company.