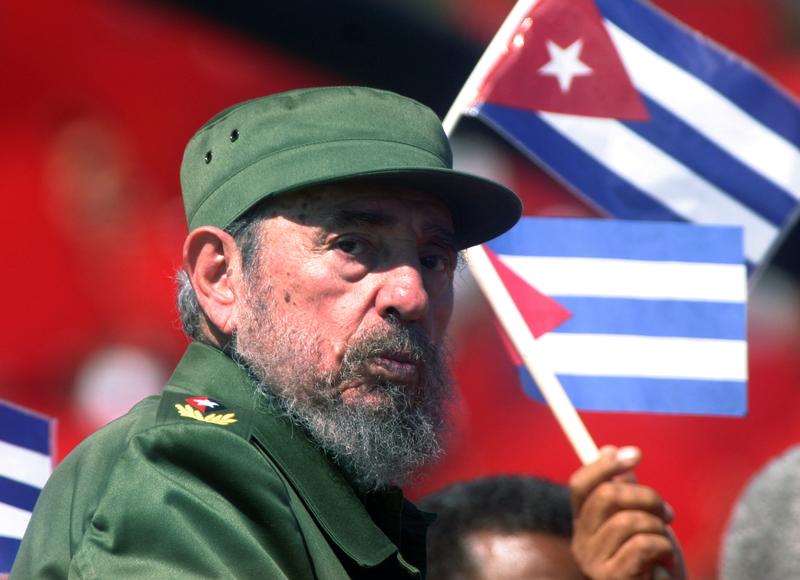 Charismatic Cuban leader Fidel Castro, who has died aged 90, resembled other paternalistic strongmen of right and left in his outsized ego, which ultimately stymied his people. Cubans, like other Latin Americans, need institutions more than saviors.

Castro showed that revolutions are like startups. Founders often need to step aside if their creation is to prosper. When the boss clings to power, the dream may wither and die. The self-belief that led Castro to think in 1956 that a ragtag band of rebels under his command could overthrow Fulgencio Batista’s dictatorship within a couple of years was not that different to the “reality-distortion field” sometimes attributed to Apple co-founder Steve Jobs. The latter had to step away from his creation in disgrace before eventually returning to the helm an arguably wiser man. Castro stayed put for five decades.

Fidel, indeed, became a brand. He inspired millions of Latin Americans and others around the world to fight injustice and abuse of power in their home countries, and rightly so. Improvements in healthcare and education under the Cuban revolution were commendable. A generation of more moderate leftist leaders in the region, who have combined concern for the poor with less violent, more pragmatic means, owes him much.

But like all strongmen and purveyors of magical political fixes to complex problems, Castro also infantilized his people. Improving social conditions went hand in hand with draconian restrictions on the press and individual freedoms, as though only the ubiquitous father figure – often not even named in Cuba but represented by a hand gesture indicating his famous beard – knew best. He rarely held a conversation he didn’t want to dominate.

Cuba’s government, now led by Fidel’s 85-year-old brother Raul, claimed in 2014 that the island’s economy had suffered to the tune of $117 billion over 55 years because of the U.S. embargo against its communist policies. Breakingviews calculated at the time that a more free-market approach might have allowed Cuba to attain Puerto Rico’s annual GDP per capita of $27,000, some four times higher than the revolution had by then achieved.

Castro was worshipped by the late Venezuelan leftist caudillo Hugo Chavez, whose incompetent successor Nicolas Maduro is tanking the economy of a nation with the world’s largest oil reserves. Maduro’s government responded recently to opposition efforts to force a referendum that might oust him by shutting the process down on grounds of alleged fraud. Chavistas have hollowed out or greatly weakened the Andean country’s institutions such as courts and parliament. Raul Castro has pledged to step down as Cuba’s president in 2018, finally ending the brothers’ personalization of the country’s leadership institutions. Maduro would serve his country’s poor best by pondering the weakness of strongmen such as Fidel, and then imitating Raul.

Fidel Castro, the Cuban revolutionary leader who built a communist state on the doorstep of the United States and for five decades defied U.S. efforts to topple him, died on Nov. 25, aged 90.

Then Cuban President Fidel Castro glances over his shoulder during the May Day commemoration at Revolution Square in Havana, in this May 1, 2004 file photo. Picture taken May 1, 2004. REUTERS/Rafael Perez/Files

Fidel Castro, the Cuban revolutionary leader who built a communist state on the doorstep of the United States and for five decades defied U.S. efforts to topple him, died on Nov. 25, aged 90.