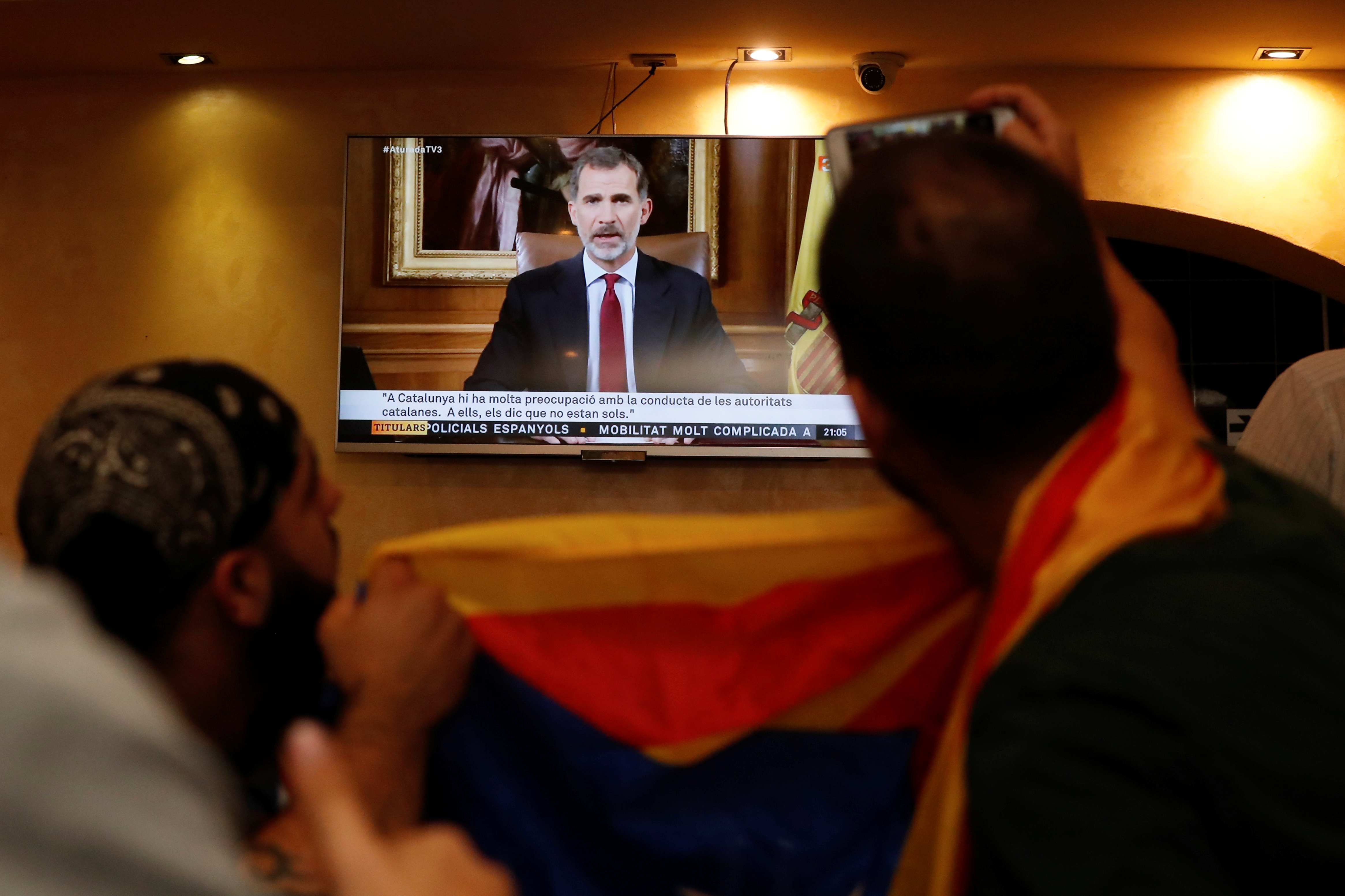 The prospect of Catalan independence has hit Barcelona-based lenders CaixaBank and Sabadell. A schism from Spain and the EU could trigger deposit runs and losses, but the risk of that is low. Stagnant interest rates and weak profitability are a bigger threat than self-rule.

Patrons in a restaurant watch as Spanish King Felipe makes a televised address to the nation in Barcelona, Spain, October 3, 2017. REUTERS/Yves Herman - RC18525F8DC0

The Catalan government will on Oct. 9 take steps to declare independence from Spain, Reuters reported. The move comes after a majority of Catalans who were polled in an unofficial vote on Oct. 1 supported leaving Spain.

Pro-independence parties that control the regional parliament have asked for a debate and vote on whether to declare independence, Reuters reported on Oct. 4. A declaration may follow, although it is not clear when.