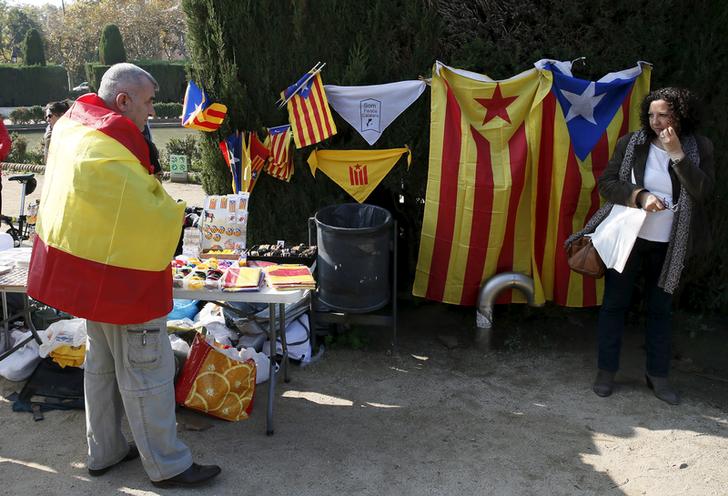 Catalonia’s pro-independence regional government is shooting itself in the foot. It has kicked off the process towards an independent state, despite a highly doubtful democratic mandate and a national constitution that forbids a referendum on independence. It’s a high-risk strategy that could prod Madrid into taking drastic action to slap the Catalonians down. Investors are likely to steer clear.

The region’s pro-independence parties, which won elections on Sept. 27 with just under 48 percent of the vote, have passed a resolution calling for a “disconnection” from Spain and giving parliament 30 days to pass laws that would set up a Catalan tax authority and social security system. The resolution specifically says judicial decisions from Spain’s Constitutional Court will be disregarded. It’s effectively a pseudo-democratic coup d’état.

On the face of it, Catalonia’s action is irrational. It’s unlikely the region will find much support from Europe or international institutions. Spanish 10-year government bond yields rose slightly on Nov. 9, and then actually fell. The unilateral move by the separatists is very different in tone from the UK’s negotiation with Scotland, which involved bilateral talks and ultimately ended with Scots voting to stay in the union in 2014.

Still, the Catalan defiance has succeeded in putting the Madrid government on the spot. Spain’s national parties are entirely focused on winning the general election on Dec. 20. Prime Minister Mariano Rajoy has already said Madrid will seek to annul the resolution with an appeal to the Constitutional Court, effectively putting the secession plan on ice until the Court decides.

So far, the government is studiously avoiding harsh gestures while at the same time giving the impression of being tough ahead of the election. There are growing calls in Spain for Rajoy to be tougher and doing so could bolster his party’s standing ahead of the election. He has several tools at his disposal, including suspending the region’s autonomy or cutting off financial support. Unattractive as these options are, he might have little choice if the Catalans press ahead.

A Spanish Unionist supporter looks a Catalan separatist merchandise post in front of Catalunya's Parliament, as Catalonia's regional government debates in favor of a resolution to split from Spain in Barcelona, Spain, November 9, 2015.

“The Catalan parliament will adopt the necessary measures to start this democratic process of massive, sustained and peaceful disconnection from the Spanish state,” read the resolution. The declaration said it considered that judicial decisions, “in particular those of the Constitutional Court”, were not legitimate. The resolution gives parliament just 30 days to pass laws that would set up a Catalan tax authority and social security system.

The Spanish government said it would seek to annul the motion with an appeal to the Constitutional Court. The resolution would be suspended while the court decides the case. “Catalonia is not going to disconnect from anywhere nor will there be any fracture”, Prime Minister Mariano Rajoy said in a televised address.