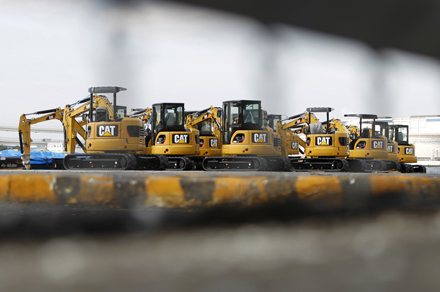 As a company that makes excavators, Caterpillar should know the importance of digging. The U.S. machine maker has taken a $580 million write-down on a Chinese mining equipment producer it bought less than a year ago, erasing three quarters of that deal’s value. The accounting fraud that Caterpillar claims to have found at ERA Mining may not have been visible at the time of the purchase. But the low quality of its target’s rapid growth was.

Caterpillar thought ERA, whose subsidiary Siwei makes supports that hold up coal mines, was a sound bet on China’s infrastructure boom. The company’s 21 percent yearly growth in revenue since 2008 must have been enticing – enough, even, to allay concerns over the complex reverse merger Siwei had been through in 2010. Caterpillar’s offer price showed no signs of doubt: it paid three times Siwei’s prior year sales – trebling the multiple the market attached to the business when it listed.

That growth, though, rested on the company rapidly increasing the credit it gives to buyers. Siwei’s receivables – the amount it is owed by customers – had snowballed at an alarming 58 percent a year since 2008, and actually overtook total sales in 2011. Some 90 percent of those debts were overdue when Caterpillar launched its bid. ERA said in filings that some debts were collected once its products were installed, but that customers often didn’t tell it when that had happened.

Unsold goods raised another red flag. For businesses that make bespoke machinery, it’s normal for products to sit on the books for a while. But Siwei’s stocks were increasing at an alarming rate. At the end of 2010, the average number of days its products and materials sat in storage was 414. That’s twice what they were during China’s dramatic slowdown of 2009.

None of those factors alone offered evidence of misdeeds. Issues like when to recognize revenues, or how to treat unpaid debts, can be complicated in China, where verbal agreements often take the place of contracts. But there was enough to suggest Siwei’s growth was probably unsustainable, and undeserving of such a generous price. Caterpillar may have fallen foul of fraud, but it also looks like a victim of exuberance.

New Caterpillar excavators at a port in Yokohama

Caterpillar said on Jan. 18 that it would write down $580 million of goodwill on its acquisition of Chinese mining equipment company ERA Mining. The U.S. machinery maker bought ERA, whose subsidiary Zhengzhou Siwei makes hydraulic supports for coal mines, for around $800 million including net debt, in a transaction that closed in April 2012.
Siwei had engaged in “deliberate, multi-year, coordinated accounting misconduct”, Caterpillar said in a statement. The alleged discrepancies included the level of physical inventory at the company, improper cost allocation and early, at times unsupported, revenue recognition.
Caterpillar was advised by Citi on the acquisition of ERA, while the seller was advised by Blackstone and Platinum Securities. Hong Kong-listed ERA originally absorbed Siwei through a reverse takeover in 2010, when it was advised by Somerley Limited and Access Capital. At that time, the value of Siwei’s assets was given as HK$1.2 billion, or $150 million.
Caterpillar also announced on Jan. 18 the departure of Luis de Leon, the head of its mining products division.