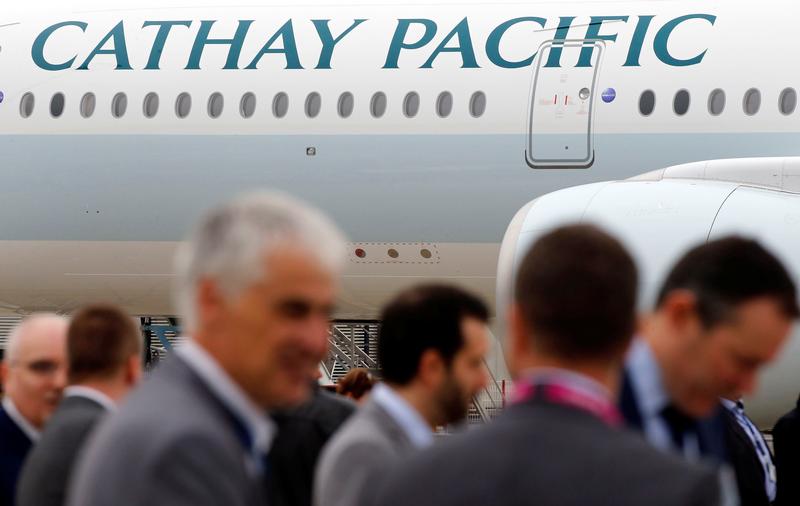 Fares remain under pressure and oil prices lofty but the airline is carrying more cargo and, separately, collecting more income through its stake in Air China. The result is a profitable second half. Unwinding fuel hedges and tackling costs should help it fly higher.

A passenger plane of Cathay Pacific Airways parks at the airport in Colomiers near Toulouse, France, October 19, 2017. REUTERS/Regis Duvignau - RC1CD542BA50

In the first six months of the financial year, intense competition and higher fuel prices pushed the airline to a HK$2.05 billion loss, its worst first-half result in at least two decades. In the second half, it reported a profit of HK$792 million.

Cathay Pacific, battling competition from mainland Chinese carriers and Gulf rivals, began a three-year turnaround programme in 2017, which aims for HK$4 billion of savings from lowering costs and boosting productivity. Analysts are forecasting a turnaround by 2019.

In February, Cathay’s largest shareholder Swire Pacific said it had appointed Merlin Swire as chairman of the holding company, succeeding John Slosar as of July 1. Slosar remains chairman of the airline.