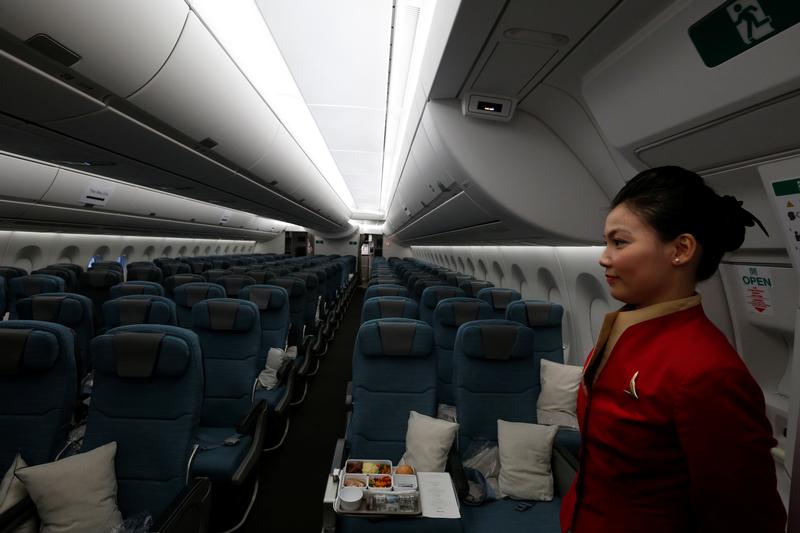 The Hong Kong carrier will allow Chinese authorities to vet staff flying to and over the mainland, as anti-government protests heat up at home. “Overly radical” employees will be kept away. Local roots and links leave Cathay and parent Swire vulnerable, and with limited options.

A flight attendant stands inside the Economy Class of a new Cathay Pacific Airways Airbus A350 after being received by the airline at Hong Kong Airport May 30, 2016.

The Civil Aviation Administration of China told Cathay Pacific Airways on Aug. 9 that staff who supported anti-government protests in Hong Kong would not be allowed on flights to mainland China or ones flying over Chinese airspace. Cathay CEO Rupert Hogg said on Aug. 10 that the airline would submit identification details of all crews flying to or over China for approval.

Cathay also said on Aug. 10 that it had suspended a pilot arrested during demonstrations. The pilot was removed from duties on July 30 “in line with our standard process”.

The company owns just over 18% of China’s flag carrier, Air China, which in turn holds a stake of just under 30% of Hong Kong-based Cathay.