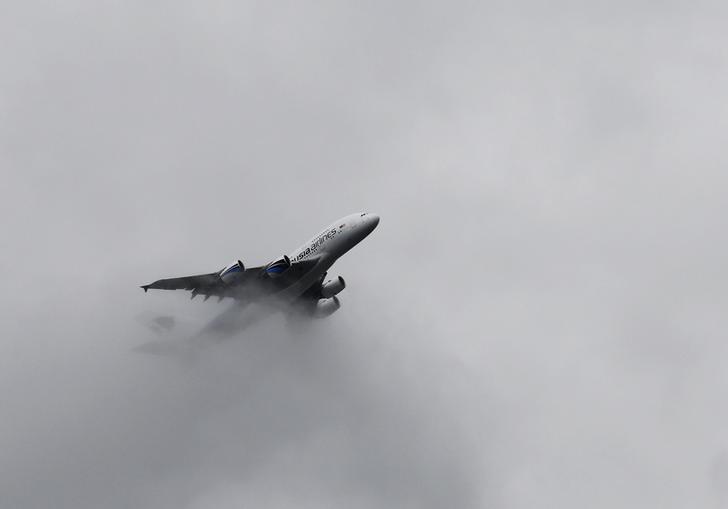 A dispute between Cathay Pacific and Qantas Airways could clear up Hong Kong’s fuzzy rules on airline ownership. The city’s dominant operator is challenging its Australian rival’s plan to set up a budget carrier. The stakes are high: a Qantas victory could spark a scramble by others to establish a local base. But no matter who wins, Hong Kong should benefit from greater legal clarity.

Most countries insist that airlines are majority-owned by a domestic company. But Hong Kong’s Basic Law – the constitution put in place when Britain handed control to China in 1997- merely states that local carriers have their “principal place of business” in the city. The ambiguity of this phrase encouraged Qantas to last year set up a Hong Kong branch of its Jetstar budget airline, in partnership with China Eastern Airlines.

Faced with local opposition, Qantas and China Eastern in June took on a local investor – Macau gambling mogul Stanley Ho’s Shun Tak Holdings. Jetstar Hong Kong has also hired a local CEO and boasts five permanent residents of the city on its seven-member board. As a result, it insists that it meets Hong Kong’s requirements to obtain a licence.

Cathay maintains that ultimate decision-making authority over the airline rests with Qantas. Public filings with Australian regulators from last year offer some support for this view: documents refer to a “Jetstar Pan Asian Strategy” coordinated from Australia.

The stakes are high for Cathay. The airline and its Dragonair subsidiary carried more than half the 56.5 million passengers that went through Hong Kong International Airport last year. A local low-cost rival with deep-pocketed backers would eat into its market share and force down prices. And if Qantas’ approach is successful, other international airlines could take a similar approach to establish a Hong Kong foothold.

Whatever the Hong Kong government decides, it will probably be challenged in court by Qantas or Cathay. That will further prolong the dispute. In the long run, however, greater legal clarity over Hong Kong’s airline ownership rules would probably be a good thing.

An Airbus A380 flies through cloud during a display flight at the Farnborough Airshow 2012 in southern England July 9, 2012.