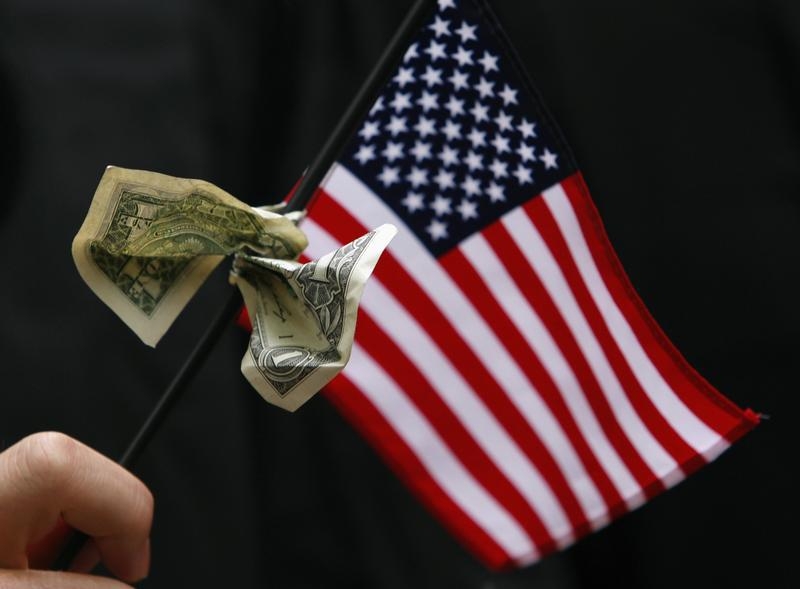 The U.S. economy grew slower than expected, at just a 0.7 percent pace in the first quarter. Less spending on cars was a big factor. The year typically starts slowly, but consumers have been less confident than investors. That could put a hitch in the president’s ambitious plans.

A student graduating from Harvard's Business School holds a U.S. flag with a dollar bill tied to it during the 357th Commencement Exercises at Harvard University in Cambridge, Massachusetts June 5, 2008.

The U.S. economy grew at an annualized rate of 0.7 percent in the first quarter of 2017, the Bureau of Economic Analysis said in its initial estimate on April 28. It’s the weakest performance since 2014. The median forecast was for 1.2 percent growth, according to Reuters.

Growth in consumer spending, which makes up about two-thirds of U.S. economic activity, increased 0.3 percent in the first quarter, the slowest pace since 2009.