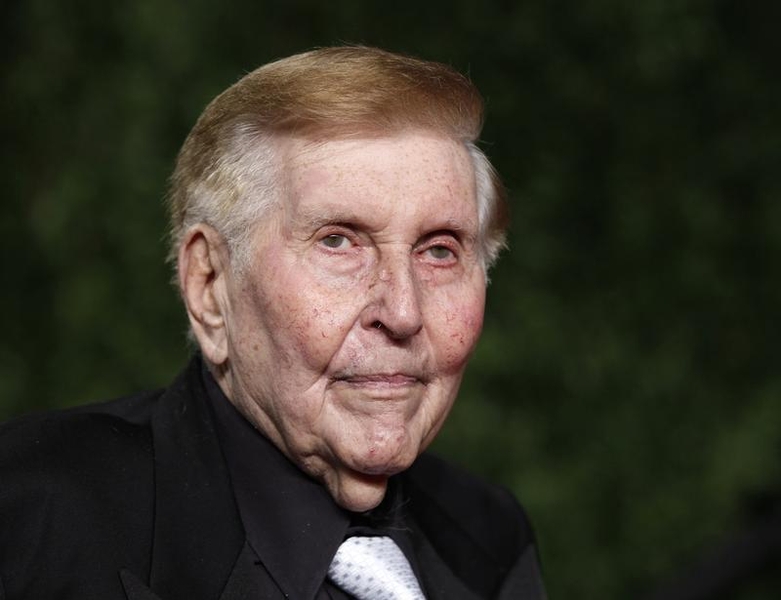 U.S. broadcaster CBS said on Wednesday that its ailing owner Sumner Redstone is out as chairman. The title is going to Les Moonves, the chief executive. That swaps one kind of poor governance for another – an independent chair would have been a better choice – but at least Moonves has done well for shareholders. Philippe Dauman, the boss of troubled Viacom, the other piece of Redstone’s $40 billion empire, may have a rougher time getting the same two-handed grip on power.

The speculation, shareholder pressure and family drama surrounding the Redstone realm over the past year or so has played out like an episode of “Game of Thrones” – a TV show that’s far too popular to have come out of Viacom of late. Questions loom about the 92-year-old’s ability to make decisions, even though he was executive chairman at CBS until Tuesday and remains in the same role at Viacom at least until the company’s board meets on Thursday.

Nominating Moonves as chairman squares things away for CBS, which has managed to keep itself relatively unsullied by the events. The same can’t be said of Viacom, the owner of cable network MTV and movie studio Paramount Pictures. For one thing, the company’s performance has lagged that of CBS, which was supposed to be the more boring of the two when they split a decade ago, and shareholders are restless despite Redstone’s controlling voting stake.

In addition, though, Viacom CEO Dauman serves as a Redstone trustee in the event of his death as well as the founder’s health care proxy. Redstone’s daughter Shari, vice chairwoman at both companies, applauded the Moonves promotion but made clear she didn’t want a trustee or someone “intertwined” with the family to become chair of either company. That ruled her out, but without saying so directly, it also excludes Dauman.

Dauman could in theory quit with a hefty payout – more than $75 million according to the latest Viacom proxy statement – if he were forced to report to someone other than Sumner Redstone. Some investors might be happy to pay that price rather than see Dauman’s power at the company consolidated. Either way, it sets the stage for a fraught transition.

CBS on Jan. 3 elected Leslie Moonves as its next chairman. Moonves, who is chief executive of the U.S. broadcaster, will replace Sumner Redstone, 92, who resigned as executive chairman.

Redstone controls CBS and its sister company Viacom through his vehicle National Amusements, which holds an 80 percent stake in voting stock of both companies. Redstone will become chairman emeritus of CBS.

CBS and Viacom Vice Chairwoman Shari Redstone, the daughter of Sumner, can become non-executive chairwoman of both companies, according to a trust set up to control the family’s interests upon Redstone’s death.

She said in a statement, however, that she believes whoever succeeds her father as chair of either company should not be a trustee of the trust “or otherwise intertwined in Redstone family matters.”

Viacom CEO Philippe Dauman is a trustee. He also holds a health care proxy should Redstone become unable to make his own decisions. Moonves is not a trustee.

Redstone is executive chairman of Viacom, as he was at CBS. Viacom said in a statement that its board of directors is scheduled to meet on Jan. 4.