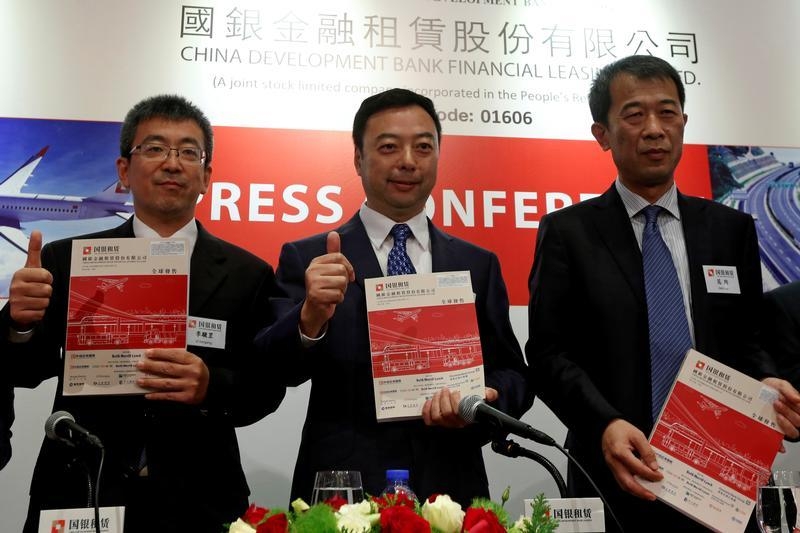 Hong Kong’s market for initial public offerings looks increasingly make-believe. China Development Bank Financial Leasing is the latest to stretch the definition of what constitutes a public listing. The offshoot of the Chinese state-owned bank sold most of its $800 million offering to friendly investors. The shares promptly slumped 7.5 percent on July 11 – the worst debut for a sizeable IPO in the territory in years. The fiasco exposes a harder-to-fix problem: too many Chinese issuers and investors have little interest in making a genuine public market.

New listings in Hong Kong increasingly depend on placing a large proportion of the stock with friendly shareholders before opening it up to the public. So-called cornerstone investors bought at least half the shares on offer in nine out of the ten biggest IPOs in the past twelve months. CDB Leasing took the practice to an extreme, pre-selling 78 percent of its IPO. The move ensured that the company got its cash, but distorted its valuation, which meant there were few genuine buyers when trading started.

The result is that there are now two tiers of offering in Hong Kong. There are private firms that need to attract outside investors and go through a genuine price discovery process. Then there are companies – typically state-backed groups from mainland China – whose offer price is essentially rigged. They rely on “friends and family” – typically other large Chinese groups – to prop up artificially high valuations. As cornerstone investors are usually prevented from selling for six months, secondary market liquidity tends to be poor.

Identifying the problem is easier than fixing it, however. Imposing limits on the amount of stock that companies can sell to cornerstone investors would force them to broaden their appeal. But this would not necessarily prevent large Chinese issuers from drumming up friendly investors to buy their stock at unrealistic valuations. Until companies and investors develop a greater interest in letting market forces work, Hong Kong’s IPO market will retain a fictional quality.

Shares of China Development Bank Financial Leasing fell as much as 7.5 percent on their Hong Kong market debut on July 11.

The aircraft and commercial vehicle lessor, a subsidiary of state-owned China Development Bank, raised nearly $800 million last month after pricing 3.1 billion shares at HK$2 each. The stock closed at HK$1.86 after the first day of trading.