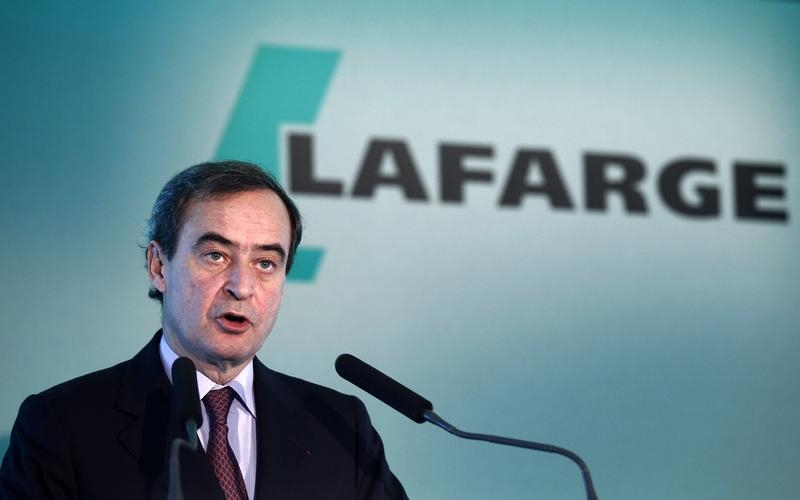 Holcim and Lafarge are set to unveil a $55 bln cement behemoth. This “merger of equals” rests on skilful construction to assuage French politics. The ambition of combining two sector leaders amid big antitrust obstacles shows that CEOs are ready to take M&A risk to boost returns.

Bruno Lafont, CEO of French building material Lafarge, speaks during a news conference to present the company's 2011 annual results in Paris February 17, 2012. Lafarge , the world's largest cement maker, on Friday pledged to continue slashing its debt in 2012 with further disposals and cost cuts after reporting a 28 percent slide in 2011 profits, hit by write-offs mainly linked to Greece. REUTERS/Jacky Naegelen

Holcim, the Swiss cement maker, and Lafarge, its French peer, are set to announce a merger on April 7 to create a company worth $55 billion.

The deal will be cast as a merger of equals, but structured as an offer by Holcim to Lafarge shareholders, who will receive one share in the enlarged group for every one share currently held, says a person familiar with the situation. That would give Holcim shareholders just over 53 percent of the new group.

Lafarge Chief Executive Bruno Lafont is to retain his role at the group. Holcim will provide the chairman and chief financial officer.