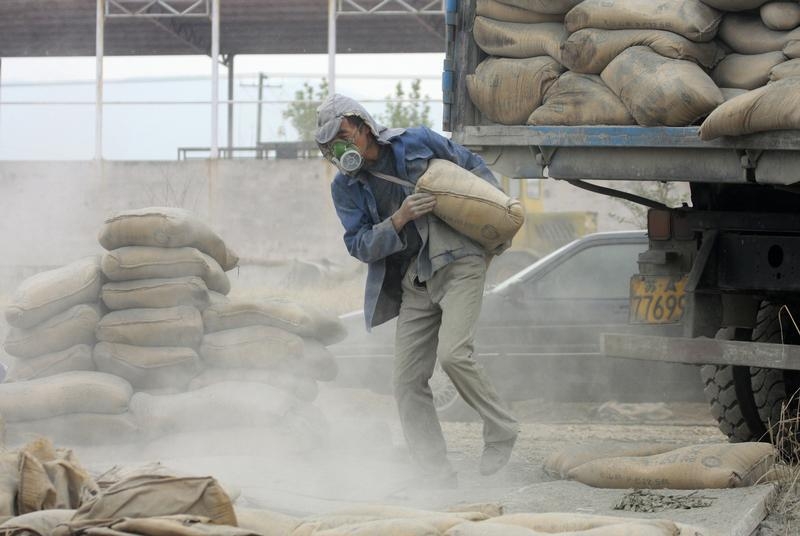 The struggle over the $2.7 billion Shanshui chucks lots of Hong Kong corporate finance quirks into the mixer. Dilutive share issue? Check. A long trading halt, lawsuits, and unstable junk bonds? Ditto. It’s a fresh reminder of the risks of investing alongside powerful founders.

A worker wears a respirator as he unloads sacks of cement from a lorry at a construction site in Nanjing, Jiangsu province October 28, 2011.

China Shanshui Cement said top shareholder China Tianrui dropped a proposal to sack most of the board, including Chairman Zhang Bin and his father Zhang Caikui, and install its own chairman, Li Liufa, at the helm of the $2.7 billion group.

The retreat comes after a Hong Kong judge prevented court-appointed receivers from casting a potentially decisive vote in Tianrui’s favour. The receivers oversee a disputed 45.6 percent stake in China Shanshui Investment (CSI), which in turn owns 25.09 percent of Shanshui. Lawyers for Shanshui advised it to continue with a July 29 extraordinary general meeting, which will also consider two other director appointments not proposed by Tianrui.

Earlier this year Tianrui, whose own market value is about $644 million, amassed a 28.16 percent stake in Shanshui, lifting its ownership above three other block shareholders: CSI, Taiwan’s Asia Cement, and China National Building Material (CNBM). With public shareholders owning just 9.18 percent, the share trading was halted as of April 16, under Hong Kong rules that demand a free float of at least 25 percent.

The stakebuilding has already forced Shanshui to buy back $371 million of bonds, due next year, which contained “change of control” provisions. Shanshui has warned the removal of Zhang junior and other directors would force it to buy back another $500 million of bonds due in 2020, potentially triggering a default on those bonds and other credit facilities. Tianrui however, said it was confident it could help settle the debt, Bloomberg reported on July 14, citing an email from the company.