The truth is out there 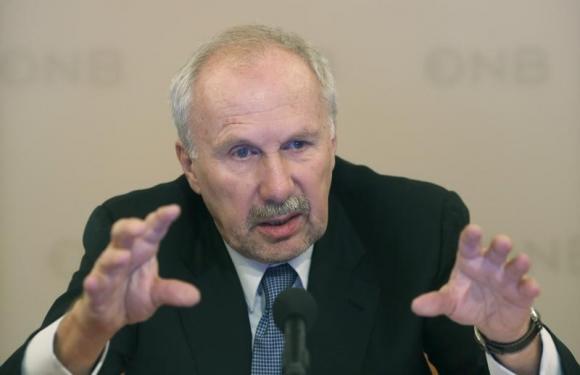 Central bankers are growing more open about the limits of their powers. Perhaps they have little choice, since inflation is stubbornly refusing to respond to their efforts to push it higher. Still, their candour gives new ammunition to those who want governments to do more to help growth.

Take a recent working paper by San Francisco Fed Governor John Williams and Thomas Laubach, a Fed economist, which looks at whether very low interest rates have become a permanent feature of the economy. They find the “natural” interest rate, an ideal which is associated with neither too much nor too little inflation, may well remain very low for some time.

If so, rate-setters will have a persistent headache, because the effective zero lower bound on rates would act as a constraint more frequently and for longer periods. But while the two Fed officials note it would be desirable to search for ways to raise this equilibrium rate, they don’t say anything about fiscal policy. They say only that the task is outside the scope of monetary policy.

Ewald Nowotny is less coy. The Austrian representative on the European Central Bank Governing Council said in an interview published on Oct. 19 that the central bank needed to keep calm and show it is in control of inflation. But he added that governments might have to loosen fiscal policies to boost economic activity. And what was missing was the ECB’s usual caveat about the importance of respecting the European Union’s rules limiting the size of deficits.

Of course, increased borrowing is not the only way governments can help economies. The ECB regularly calls for reforms of labour and product markets. These might help performance over time.

However, the longer central bankers miss their inflation targets, the less they will trust their own policy levers. Under such depressing circumstances, they will be ever more tempted to question fiscal orthodoxy. The many anti-austerity campaigners, who have been making this point for some time, will welcome these unexpected allies.

“… it would be desirable to search for policies that sustainably raise the level of the natural rate, but these are outside the scope of monetary policy,” Thomas Laubach and John C. Williams wrote in a working paper published by the San Francisco Fed and dated October 2015.

The European Central Bank needs to keep calm and show it is in control of inflation but governments may have to loosen fiscal policies to boost growth, ECB policymaker Ewald Nowotny said in separate interviews published on Oct. 19.

“For a considerable time (fiscal policy) was restrictive,” Nowotny said in an interview with Poland’s Rzeczpospolita newspaper. “Now it could be described as neutral, but there may be a need for it to become expansive.”

European Central Bank Executive Board member Benoit Coeure told German lawmakers on Oct. 16 that the central bank could not solve all of the euro area’s problems: “Our contribution is to make financing cheaper. The rest has to be done by the governments.”