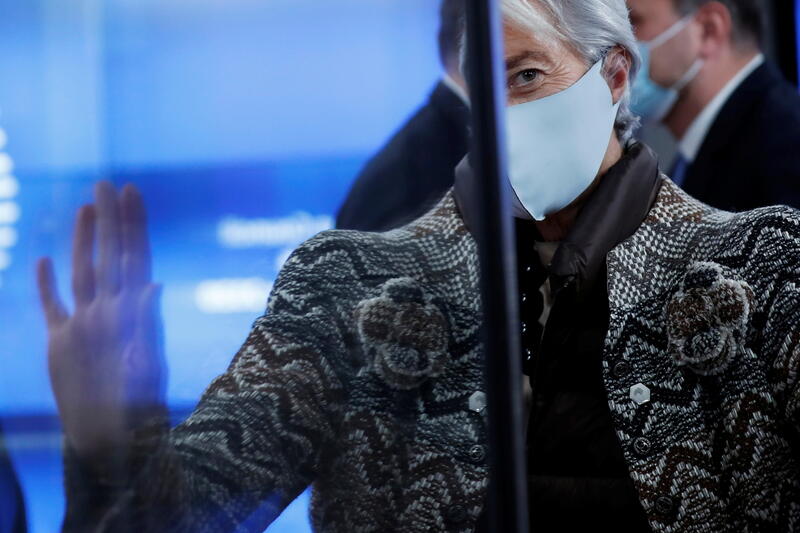 Central bankers will spend 2021 trying to tame the debt monsters they made in 2020. The pandemic-induced market meltdown forced Federal Reserve Chair Jay Powell to buy corporate debt for the first time, while European Central Bank President Christine Lagarde unveiled plans to spend an unprecedented 1.85 trillion euros propping up markets. Yet in helping resolve the crisis, rate-setters sowed the seeds of the next one.

Central bankers’ aggressive intervention and pledge to keep rates at or below zero has already unleashed a race for risky debt. Junk-rated U.S. corporations like Occidental Petroleum and cruise provider Carnival issued over $345 billion in bonds through early October, according to S&P Global Ratings, a record. Yields on American and European junk-rated debt are under 5% and 3% respectively, the lowest ever in the United States, according to ICE Bank of America Indices. Buoyant credit markets are partly by design. Yet the promise of ever-lower borrowing costs and official support if things go wrong will encourage companies to lever up and investors to lend recklessly.

Leveraged buyouts would be a good place to start imposing some order. Private equity-sponsored companies were already borrowing a toppy 6 times EBITDA in Europe, and even more in the United States, before the pandemic struck, Refinitiv data shows. And buyout firms often massage these debt ratios by adjusting profitability figures. Watchdogs can fight back by implementing stricter rules governing leverage calculations and tightening guidelines for banks that underwrite buyout loans.

Restraining banks will push even more risk towards non-bank lenders, particularly so-called private credit funds. Their assets more than doubled from 2012 through March 2020, topping $845 billion. Regulators will need to make doubly sure that banks and insurers’ exposure to such lenders is clear and manageable. Requiring funds to provide simple, standardised disclosures could help identify bubbles.

Then there’s the persistent threat from credit ratings, which once again showed their outsized influence in 2020. Funds were forced to sell their debt when companies dropped below investment grade, while securitised vehicles also came under strain. Regulators may need to skewer ratings firms by banishing ratings triggers, or by forcing funds to stress test their portfolios for downgrades.

It’s impossible to fully tame credit markets. But the more investors run riot, the scarier it will be if central banks ever unleash their most terrifying monster: higher rates.