One hat too many 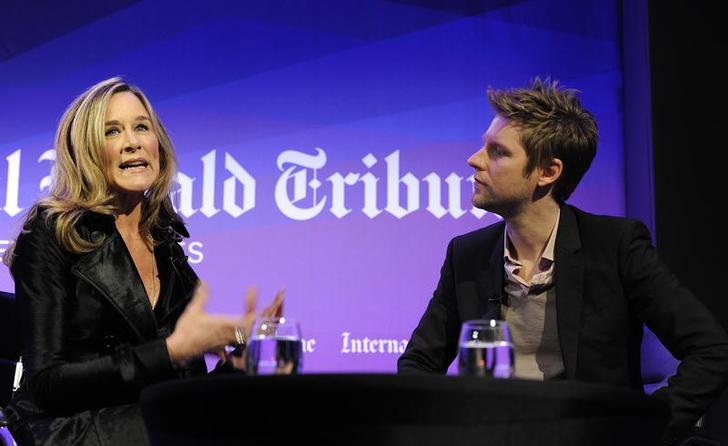 No wonder: her tenure was good for investors. Worse, Burberry is flirting with a risky concentration of power. It is replacing Ahrendts with the company’s creative director, Christopher Bailey. But he will keep his current job.

It is easy to see what drew the tech-savvy Ahrendts to California. She’ll no longer be the leader. But she will oversee both Apple Stores and online sales. The tech giant is also a more prestigious berth than Burberry, at least in business circles, and is much bigger too. Pay and perks will probably reflect this. Last year Ahrendts got 3.3 million pounds ($5.2 million) from Burberry. Contrast that with the terms of former Dixons boss John Browett. Last year he was, briefly, given a narrower retail role at Apple. That did not work out. But if it had, he would have pocketed $56 million of stock.

Secondly, the company’s owners are losing a good steward of the business. Since Ahrendts became CEO in 2006, Burberry shareholders have enjoyed a handsome 340 percent total return. The FTSE 100 only managed 46 percent. Louis Vuitton parent LVMH has returned 109 percent.

The third reason is Burberry’s unusual response. It has elevated star designer Christopher Bailey to CEO. Alongside Ahrendts, the former Gucci womenswear boss has been central to Burberry’s renaissance. Yet creative types rarely make successful bosses of big public companies. He will also be paired with an inexperienced chief financial officer, Carol Fairweather, after predecessor Stacey Cartwright left in February. A veteran chairman and a recently hired operating chief mitigate this somewhat.

Still, Bailey may be stretched uncomfortably across the two roles. Burberry sells a $325 check flat cap and a $650 felted wool number. Both are fine bits of headgear, but no one would wear the two together. Likewise, FTSE 100 CEOs look best wearing just the one hat.

Burberry Chief Executive Angela Ahrendts will leave the fashion house by mid-2014 for a job at Apple, the British company said on Oct. 15. She will be replaced by creative boss Christopher Bailey, who will keep his current role and become chief creative and chief executive officer.
Ahrendts will join Apple as a senior vice president and member of the executive team, reporting to CEO Tim Cook. She will oversee the “strategic direction, expansion and operation of both Apple retail and online stores,” the Californian company said in a separate statement.
Shares in Burberry fell 4.6 percent by 0845 GMT to 1,511.5 pence, making the company the worst-performing stock in the FTSE 100 index. The shares had gained 29 percent in the year to Oct. 14, against a 10 percent rise in the index.