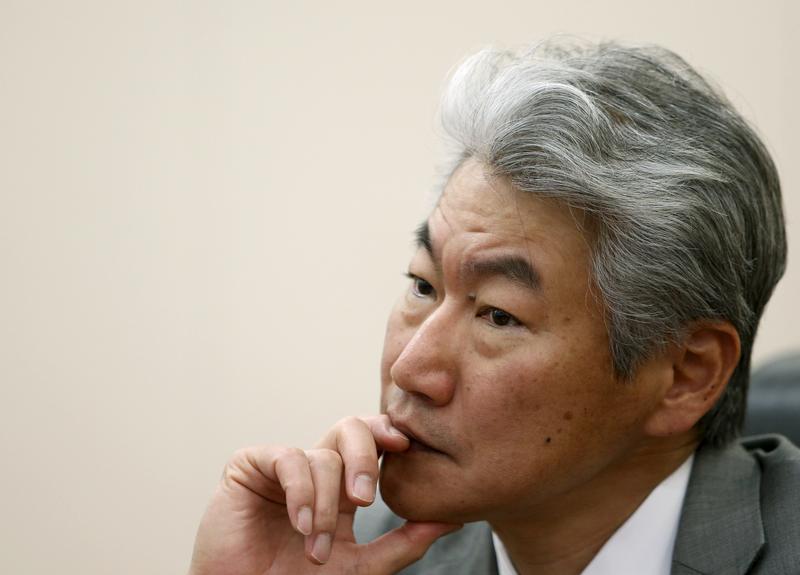 Adviser ISS wants shareholders to punish Koji Nagai at an upcoming annual meeting. He has presided over the bank’s first full-year loss in a decade and an embarrassing leak, and has not fixed bigger strategic issues. The trouble will be finding a replacement better able to do so.

Nomura Holdings' Chief Executive Officer Koji Nagai attends an interview with Reuters in Tokyo, Japan, February 9, 2016. Nomura Holdings Inc plans a shift in focus in the United States toward client-oriented services from market-based trading, the chief executive said, in its latest attempt to establish a profitable business in a major overseas economy.

Nomura Holdings investors should next week vote against the reappointment of Chief Executive Koji Nagai to the board, holding him responsible for a leak of market-sensitive information, proxy adviser ISS said on June 4. The bank is due to hold its annual shareholder meeting on June 24.

Nomura has already withdrawn a proposal to nominate its chairman, Nobuyuki Koga, to key board roles and said on June 18 that it would buy back up to 150 billion yen ($1.4 billion) of stock. It had planned to put Koga forward to be chairman of its nomination and compensation committees for the eighth consecutive year.