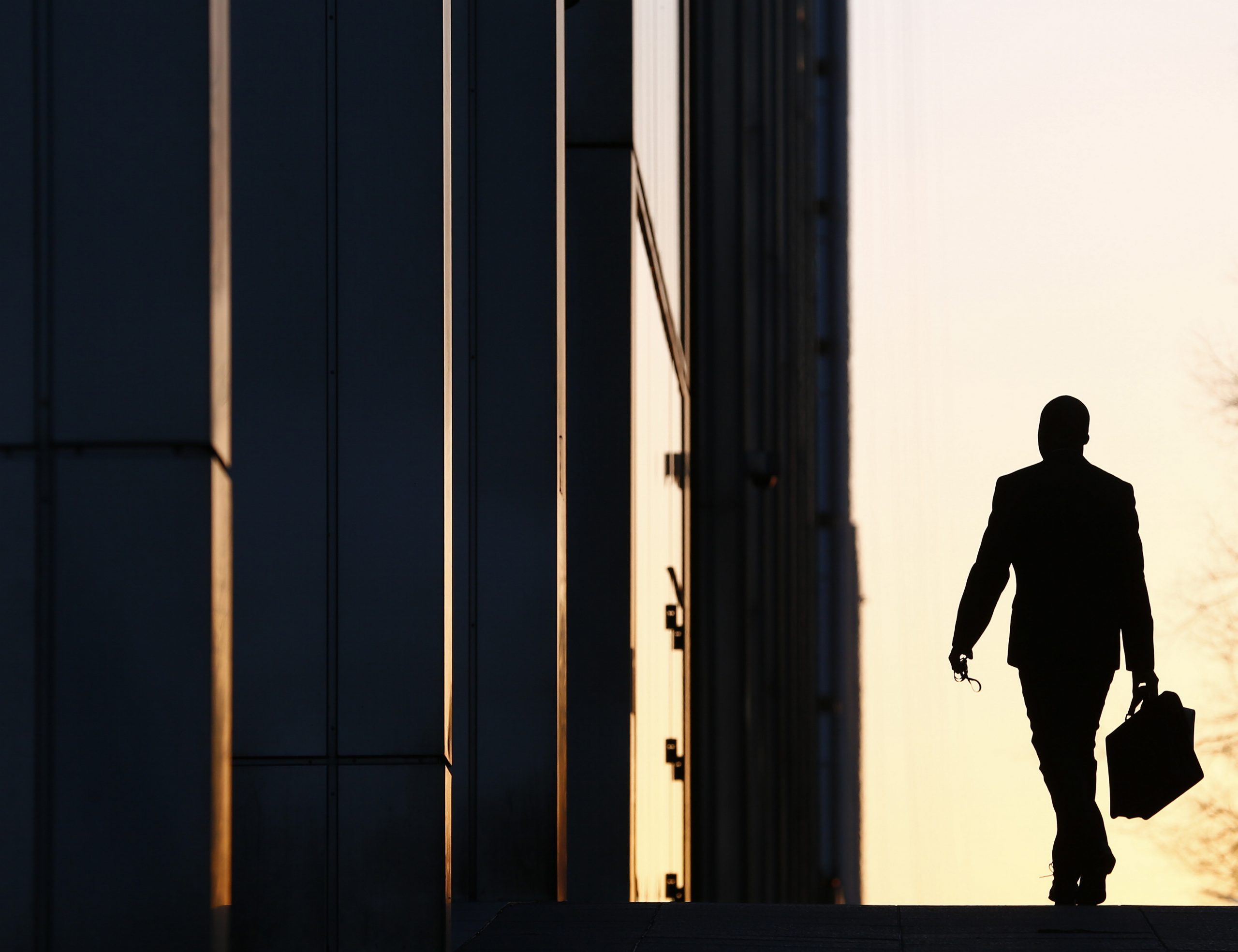 Corporate chiefs are leaving their posts in record numbers, including at Disney, Mastercard and DuPont. Anything from longevity to internal disputes is behind it. But with a possible pandemic and political and economic uncertainty, there are plenty of other reasons to chill out.

A worker arrives at his office in the Canary Wharf business district in London February 26, 2014.

Salesforce.com said on Feb. 25 that Keith Block has stepped down as co-chief executive. That leaves founder Marc Benioff as sole CEO of the $160 billion cloud-computing company. On the same day Thomson Reuters, Mastercard and Walt Disney also each announced a change at the top.

CEO turnover at U.S.-based companies surged 37% in January to a record 219 compared to the previous month, according to Challenger, Gray & Christmas. The total is 27% higher than the previous record, set in October last year.