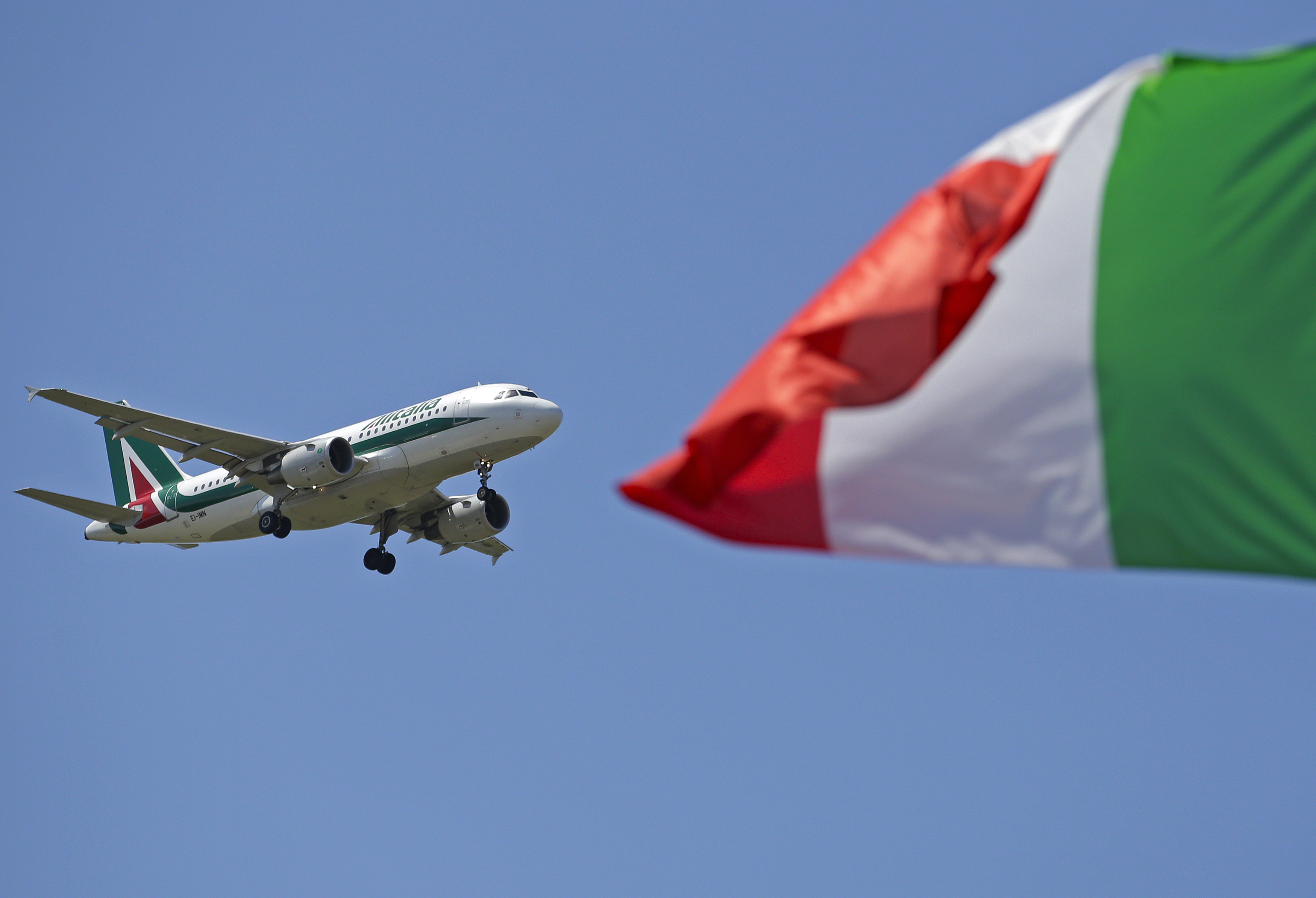 The private equity firm is reported to be plotting a three-headed bid for the Italian airline. It would see easyJet take short-haul routes and Air France-KLM long ones, while Cerberus puts up the cash. But a breakup plan will not pass muster with a new nationalist government.

An Italy flag flutters as an Alitalia airplane approaches to land at Fiumicino airport in Rome July 31, 2014. Italy's loss-making flag carrier Alitalia is working on a final proposal to present to Etihad on Thursday in a push to lock in an investment by the Abu Dhabi-based airline, a person close to Alitalia shareholders said on Wednesday. Etihad's plans to take a 49 percent stake in Alitalia, which has made a profit only a few times in its 68-year history, has been held up by disagreements over Alitalia's 800 million euro ($1.07 billion) debt pile, and plans for job cuts that have stoked outrage among Italian unions. REUTERS/Max Rossi (ITALY - Tags: TRANSPORT BUSINESS EMPLOYMENT) - RTR40S4R

EasyJet said it submitted a revised expression of interest for a restructured Alitalia as part of a consortium. Meanwhile, Lufthansa said it had submitted a document setting out its ideas for a “new” Alitalia. The Italian airline said it had received three bids.

Bloomberg News, citing a source, reported that easyJet is teaming up with private equity firm Cerberus and Air France-KLM for its bid for Alitalia, but Air France-KLM said it had no interest in the bidding.