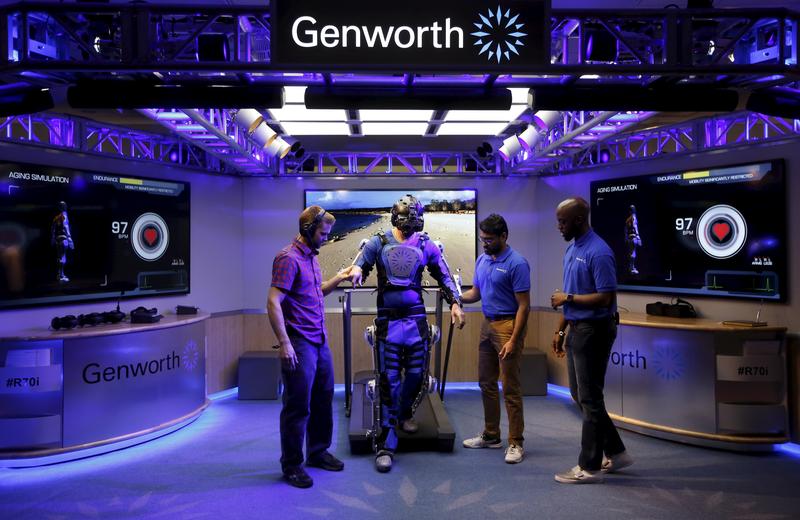 The U.S. security panel cleared China Oceanwide’s $2.7 bln takeover of Genworth, after nearly two years of waiting and as Washington and Beijing feud over trade. The insurer’s shares carried a 30 pct discount, showing just how hard it is to price regulatory risk right now.

Ugo Dumont, a volunteer for the Genworth R70i Aging Experience, participates in a demonstration at the Liberty Science Center in Jersey City, New Jersey, April 5, 2016.

Genworth Financial said on June 9 that its takeover by China Oceanwide had won approval from the Committee on Foreign Investment in the United States. To secure the panel’s backing, the New York-listed insurer pledged to use a U.S.-based, third-party company to manage policyholders’ personal data.

The deal, first announced in October 2016, still requires approval from regulators in the United States, China and elsewhere.