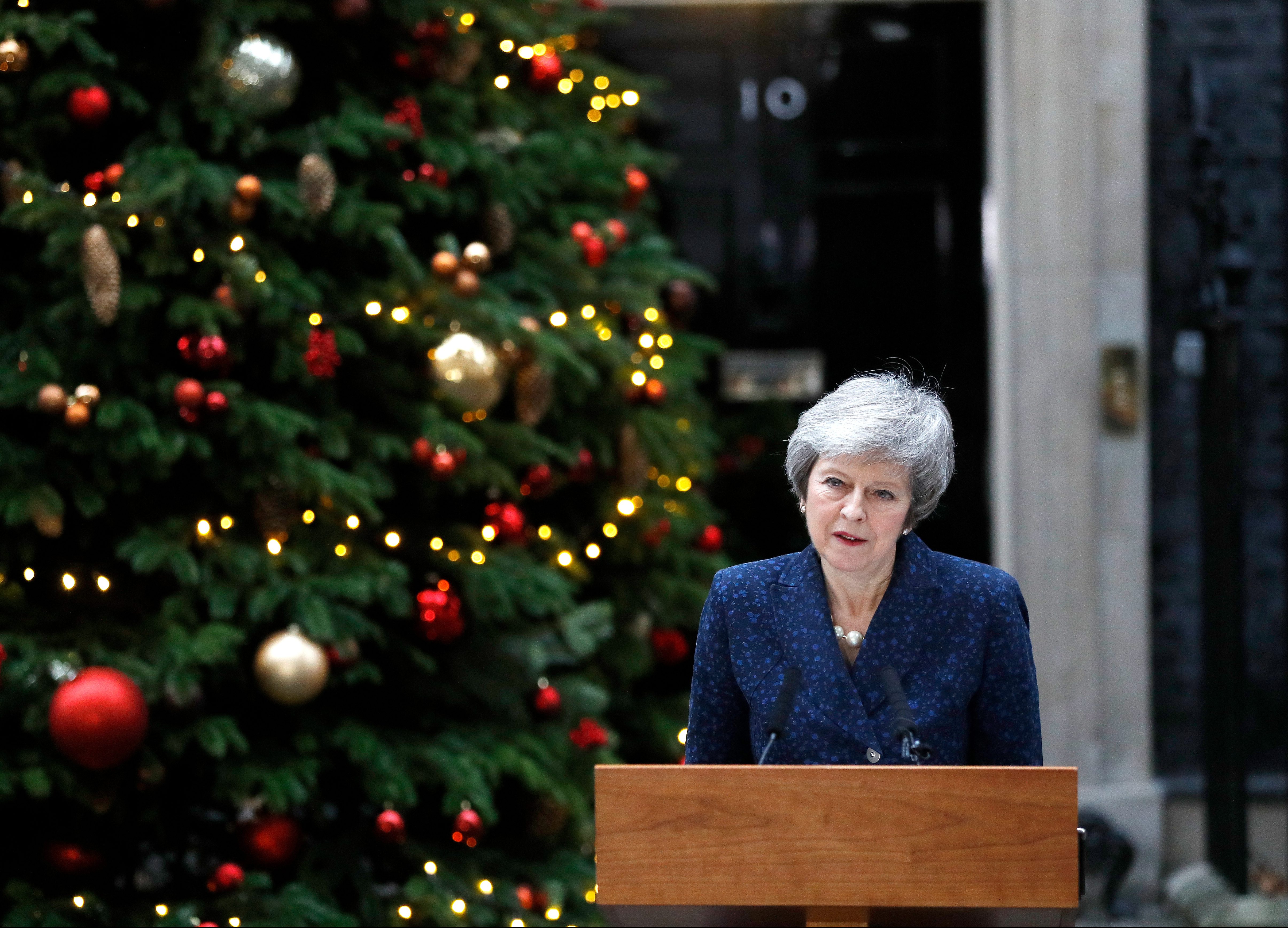 If the Prime Minister is ousted by her party, the resulting turmoil could take Britain closer to a chaotic departure from the European Union. Even if she survives, her Brexit deal will still struggle to get through parliament. Either outcome makes a second referendum more likely.

Britain's Prime Minister Theresa May addresses the media outside 10 Downing Street after it was announced that the Conservative Party will hold a vote of no confidence in her leadership, in London, Britain, December 12, 2018.

British Prime Minister Theresa May on Dec. 12 vowed to fight a challenge to her leadership of the Conservative party, saying a change would delay or imperil Britain’s planned divorce from the European Union.

Speaking outside her Downing Street residence after a confidence vote in her leadership was announced, May said she would fight for her job with everything she has got.

Graham Brady, chairman of the Conservative party’s so-called 1922 Committee, said the threshold of 15 percent of the parliamentary party seeking a confidence vote had been exceeded.

A ballot will be held between 1800 and 2000 GMT on Dec. 12 and an announcement made as soon as possible afterwards, he said.

May could be toppled if 158 of her 315 lawmakers vote against her.