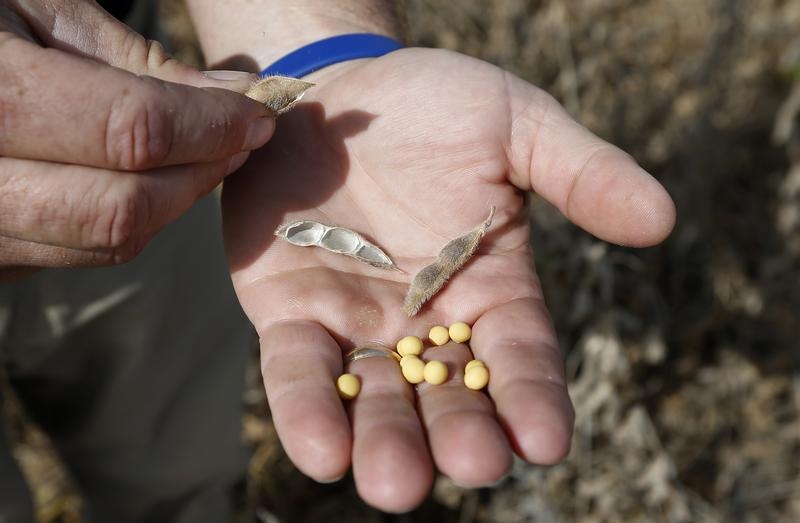 ChemChina can reap the rewards as China opens up to bioengineering. The state-owned group’s near-$44 billion bid for Syngenta could thaw hostility towards genetically modified organisms: nationalist fears will be less credible once the seeds are in Chinese hands. The buyer will be able to push into a huge new market but so, in time, will rivals like Monsanto.

Cotton and papaya are the only such crops that can be grown in China and most GMO products are banned from human food. However, China is already the world’s biggest importer of GMO soybeans for animal feed. It also buys insect-resistant corn and cotton.

ChemChina’s bid requires domestic approval, of course. But Chairman Ren Jianxin looks to be pushing on an opening door. Despite the opposition of the PLA and campaigners such as Greenpeace, President Xi Jinping already backs scientific research into genetically modified seeds. And having a Chinese champion should make it easier for the government to permit domestic cultivation.

That would boost China’s seed and crop-spray market, which the companies say is already worth $10.6 billion, and in turn increase Syngenta’s value to ChemChina. The target is already the world’s third-biggest seed firm, behind U.S. competitors Monsanto and DuPont, which is merging with Dow Chemical.

However, China’s obligations under trade rules mean it would probably have to open up to other suppliers as well, such as Syngenta’s bigger U.S. rivals. ChemChina will have to share the fruits of its harvest.

Ryan Roberts checks his soy beans to see if they are ready for harvest in Minooka, Illinois, September 24, 2014. Soy bean prices were consolidating near four-year lows with gains limited by weakening U.S. cash markets and the expanding harvest in the Midwest. Soybeans and soymeal held above recent contract lows overnight. Photo taken September 24, 2014. REUTERS/Jim Young

Monsanto said on Feb. 3 it received import approval from China for its new genetically modified Roundup Ready 2 Xtend soybeans and that it will begin selling the seeds in the United States and Canada.

China, the world’s biggest soybean importer, does not allow imports of new genetically modified organisms until they are approved by regulators. Meanwhile, Beijing has spent billions of dollars to develop GMO crops that it hopes will ensure food supplies for its 1.4 billion people but has not yet approved commercial cultivation amid deep-seated anti-GMO sentiment.