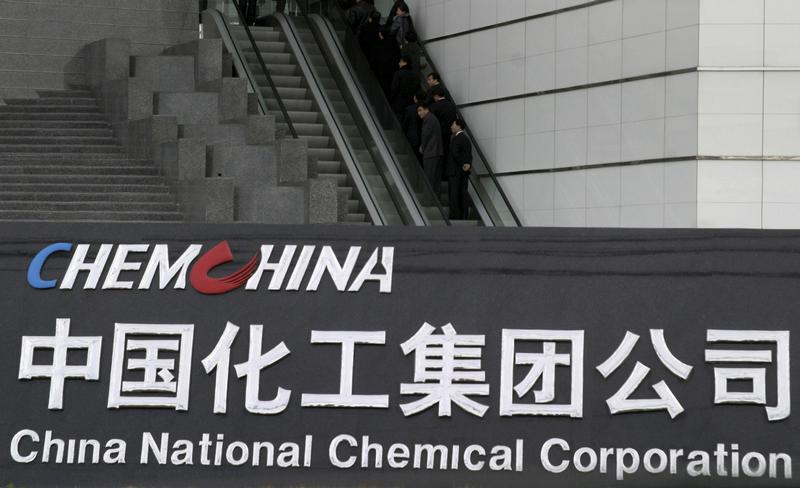 The chemicals giant is refinancing the debt backing its $44 bln purchase of Switzerland’s Syngenta. This involves less equity than a typical leveraged buyout, and $18 bln of perpetual bonds sold to three Chinese entities. This is M&A finance cross-bred with government policy.

People use an escalator outside the headquarters of ChemChina (China National Chemical Corporation) in Beijing, China, February 4, 2005. REUTERS/Stringer/File Photo CHINA OUT. NO COMMERCIAL OR EDITORIAL SALES IN CHINA. - RTSPJYM

ChemChina has raised $20 billion mainly in perpetual bonds to refinance its purchase of Swiss seeds firm Syngenta, with Bank of China providing half of that funding, Reuters reported on May 26, citing a U.S. regulatory filing.

State-owned ChemChina, which took on short-term loans for the $44 billion acquisition, is restructuring the financing mix to reduce its debt burden by including more equity. It will still have nearly $20 billion in loans to refinance within 18 months, the filing shows.

Perpetual bonds are financing instruments that can act as both equity and debt. They are typically treated as equity under accounting standards but rating agencies may still treat them as debt depending on the circumstances. Because perpetual bonds have no maturity date, the new financing should help improve ChemChina's overall debt position.

Bank of China has invested $10 billion via a perpetual bond, according to the May 18 U.S. Securities and Exchange Commission filing. Chinese state-owned asset manager China Reform Holdings, and Industrial Bank, have provided a further $7 billion and $1 billion respectively, also via perpetual bonds. Morgan Stanley has provided $2 billion via convertible preferred shares.