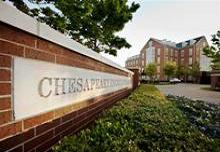 The embattled U.S. gas producer faces a shareholder vote to reincorporate in Delaware. The board’s argument that Oklahoma’s stiff takeover defenses better serve shareholders is a stretch. Chesapeake needs a governance overhaul. A new legal address would be a good first step.

Chesapeake Energy shareholders are scheduled to vote on June 8 on a proposal to change the company’s state of incorporation from Oklahoma to Delaware. Supported by investors such as New York State Comptroller Thomas DiNapoli, who oversees $140 billion in state pension funds, the proposal seeks to get around certain state laws, including one that prevents public companies with over 1,000 stockholders from putting more than a third of their board of directors up for election each year.

The Chesapeake board opposes the proposal, arguing that reincorporating in Delaware would be expensive and deprive the company of useful takeover defenses as well as favorable treatment by courts in Oklahoma, where Chesapeake has its headquarters.