Getting the "L" out 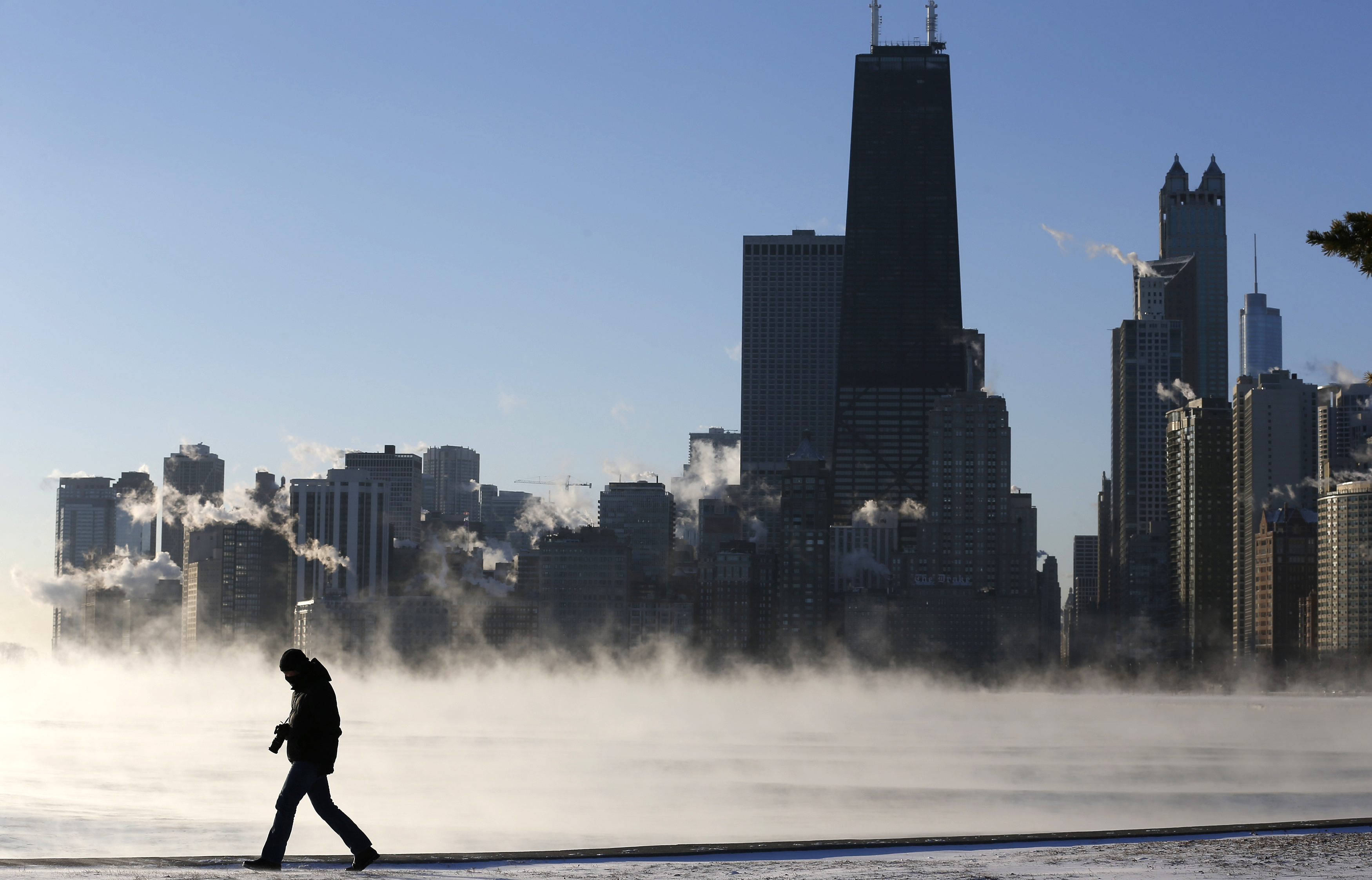 More people quit the Windy City in 2016 than left any other U.S. metropolis. Chicago’s pension funds and schools are already strapped for cash. A sustained exodus can only worsen the financial squeeze. If it’s not reversed, the long-term risk is Motown’s bankruptcy and blight.

A man is silhouetted against the arctic sea smoke rising off Lake Michigan in Chicago, Illinois January 6, 2014.

S&P Global lowered its rating on Illinois’ general obligation bonds by one notch to BBB-minus on June 1, citing stalled budget negotiations that have produced a “severe deterioration” of the state’s fiscal condition.

On May 24, the Chicago Board of Education approved a plan to borrow $389 million to help meet a roughly $700 million pension payment due at the end of June, according to news reports. The borrowing will be secured by state funding that has been held up by an Illinois budget stalemate.

The U.S. Census Bureau said on March 23 that last year more than 66,000 people moved out of Cook County, where Chicago is located. After accounting for births, deaths and international migration, Cook saw a net loss of more than 21,000 citizens, the most of any county in the United States. It was the second year in a row the population declined.

On March 8, S&P ranked Chicago’s pension system the worst among the nation’s largest 15 cities. According to the research, the total pension obligation is more than $12,400 per person, more than double the per-capita number for New York. Pension funding plus debt account for nearly 40 percent of the city's expenditures. According to S&P, Chicago made only 52 percent of its annual legally required pension contribution and, across all plans, the city's pensions are only 23 percent funded.

Detroit’s population peaked in the 1950s, when the city ranked as the fifth largest in the country with more than 1.8 million citizens. By the end of 2012, the city had lost around two-thirds of those residents. In 2013, Detroit filed for bankruptcy.