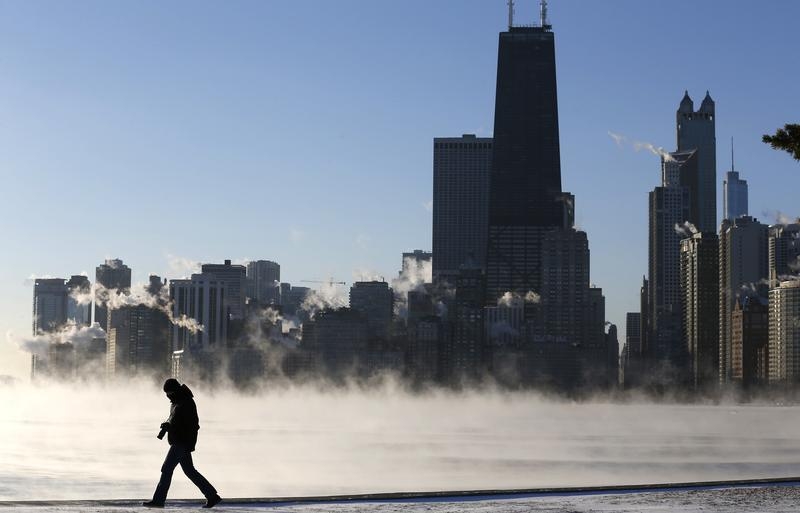 Chicago Mayor Rahm Emanuel could use the big shoulders poetically used to describe his city. He plans to ask for a $500 million property tax hike on Tuesday. It would be a necessary but partial step to get out of a hole at least $40 billion deep. Perversely, without lenders freaking out, as happened to New York in the 1970s and Detroit more recently, in some ways it actually makes the job harder.

With nearly $23 billion of long-term debt and $20 billion of unfunded pension liabilities, the Windy City is in a tight spot. Debt service is set to soak up nearly a quarter of this year’s $7.3 billion budget. The cost of future borrowing is also likely to rise following a decision by Moody’s to cut Chicago’s credit rating to junk in May.

That will heap more pressure on a metropolis of 2.7 million people facing a $426 million budget shortfall next year, including expected increases in some pension payments and debt costs. The deficit could swell unless Illinois Governor Bruce Rauner signs a bill that would postpone millions of dollars of top-up payments into the cash-strapped retirement funds of police officers and firefighters. The city will have to find an extra $850 million annually over the next six years to shore up its pensions, according to estimates by the Chicago Tribune.

The mayor’s higher property taxes and fees won’t be enough. Either taxes will have to rise further or Emanuel will have to cut back on city services or retiree benefits, or some combination of the three. Unlike his counterparts of yore in the Big Apple and contemporaries in the Motor City, the mayor can’t count on receivership or bankruptcy to help lawmakers and residents accept such painful changes.

Lenders pushed Detroit’s borrowing costs to an eye-watering 16 percent in 2013. New York was shut out of bond markets entirely some four decades ago. The Windy City paid 5.7 percent when it issued debt after the downgrade, which is costly but not debilitating. A broad tax base and diverse economy should help it avoid catastrophe. That’s fortunate but also will lead to some very heavy lifting.

Chicago Mayor Rahm Emanuel, who was elected to a second term in April, plans to present his 2016 budget to the city council on Sept. 22. The Chicago Sun Times reported on Sept. 2 he will seek one of the city’s biggest property tax hikes at $500 million.

Chicago Mayor Rahm Emanuel, who was elected to a second term in April, plans to present his 2016 budget to the city council on Sept. 22. The Chicago Sun Times reported on Sept. 2 he will seek one of the city’s biggest property tax hikes at $500 million.