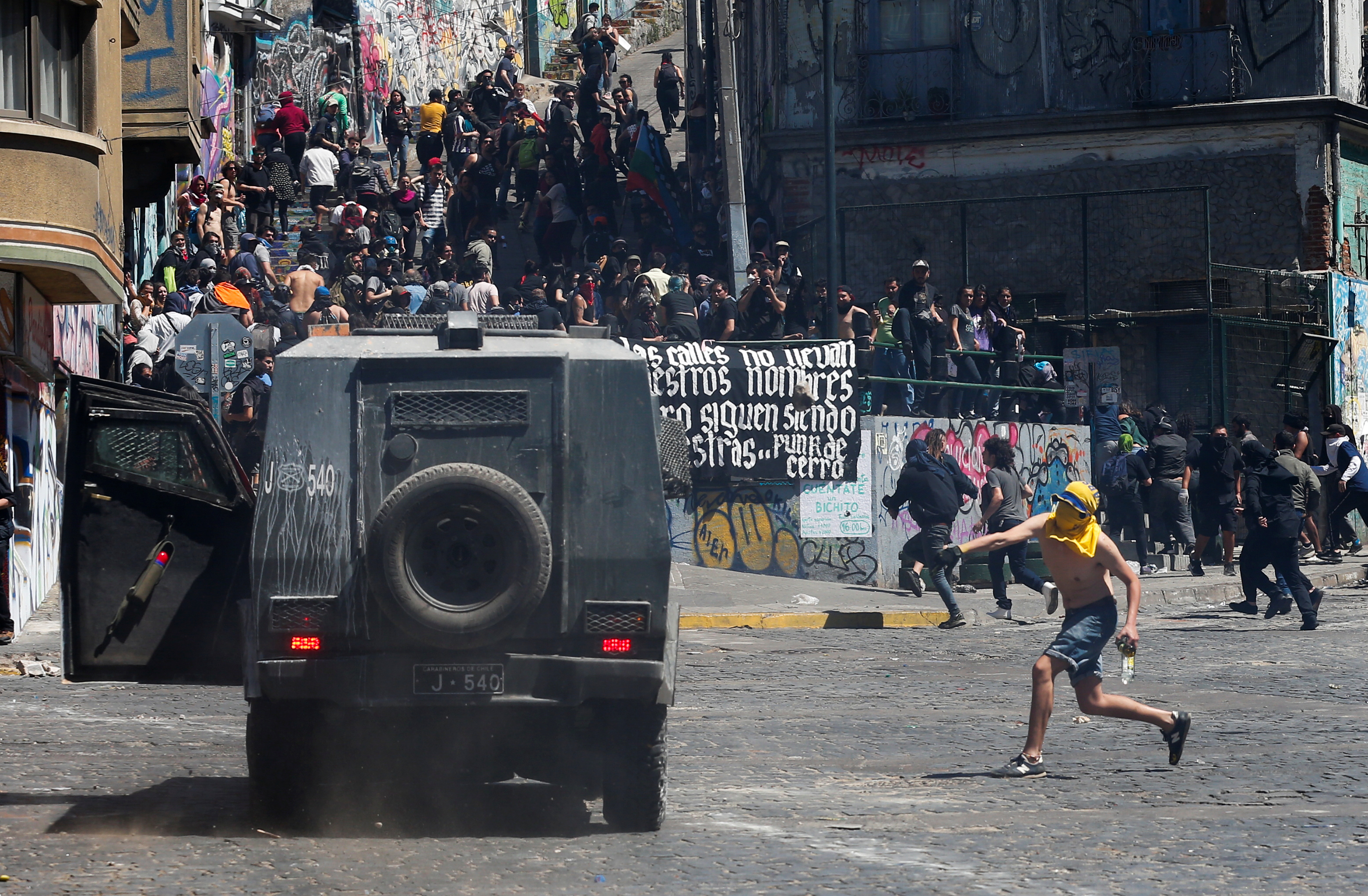 Latin America’s golden child erupted in violence this past weekend over a subway-fare hike. Its economy seems strong for an emerging market, but the unrest comes amid slowing growth, a weakened currency and a feeble copper market. Bondholders aren’t pricing in the risks.

Protests in Chile intensified during the weekend of Oct. 19, with widespread fires and looting concentrated in the capital, Santiago, and the port city of Valparaiso. The protests began after the government increased metro ticket prices on Oct. 6, citing the devaluation of the peso and increased energy costs.

On Oct. 19 President Sebastian Pinera declared a state of emergency, issued a curfew in Santiago and called in the military, while also suspending the price increase. By the end of the weekend, at least eight people had been killed and over 1,500 arrested since the protests began, Reuters reported.

The president of the union representing the workers at BHP's Escondida copper mine also announced that workers will hold a daylong strike on Oct. 22. Escondida is the world’s biggest copper mine, and Chile is currently the world's largest copper producer.