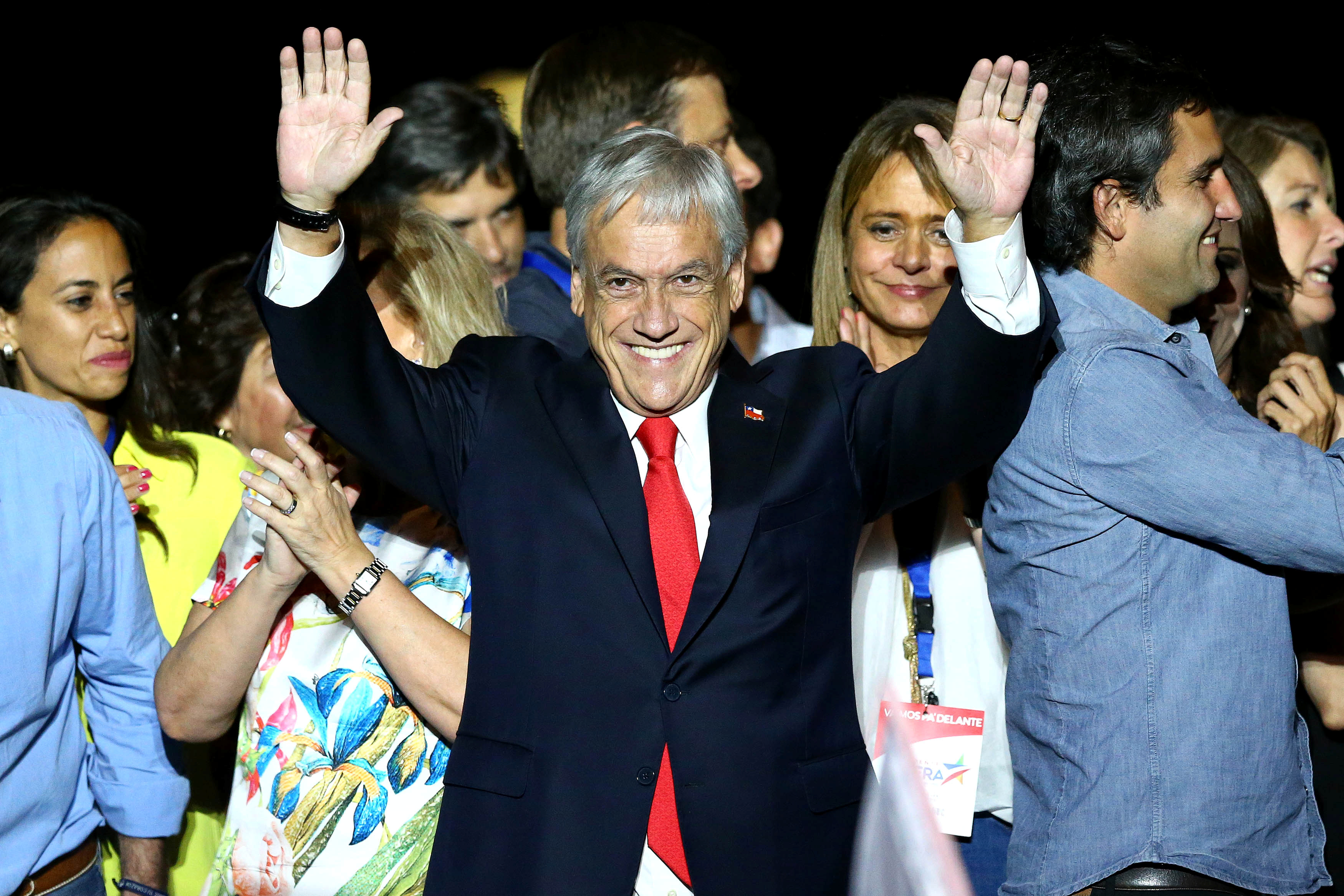 Billionaire Sebastian Piñera won the copper-rich nation’s presidential election with a stronger showing than expected. That will lend succor to like-minded leaders in Argentina, Brazil and Peru for whom fiscal discipline is proving a long slog and graft allegations a danger.

Conservative candidate Sebastian Piñera won Chile's presidential election by a wider-than-forecast margin on Dec. 17, garnering 54.6 percent of votes compared with 45.4 percent for center-left candidate Alejandro Guillier. Piñera, 68, previously served as president from 2010 to 2014. He is due to be sworn in on March 11, when he will succeed outgoing center-left leader Michelle Bachelet.

Peru's Congress voted on Dec. 15 to seek President Pedro Pablo Kuczynski's removal from office over graft allegations. Eighty-seven votes will be needed to oust him in a session scheduled for Dec. 21. Brazilian construction company Odebrecht, which is at the center of a massive Latin American corruption scandal, disclosed last week payments totaling $4.8 million to companies owned by Kuczynski or a close friend, triggering calls for him to resign. Kuczynski had previously denied any links to Odebrecht and said on Dec. 14 there was nothing improper about the payments.