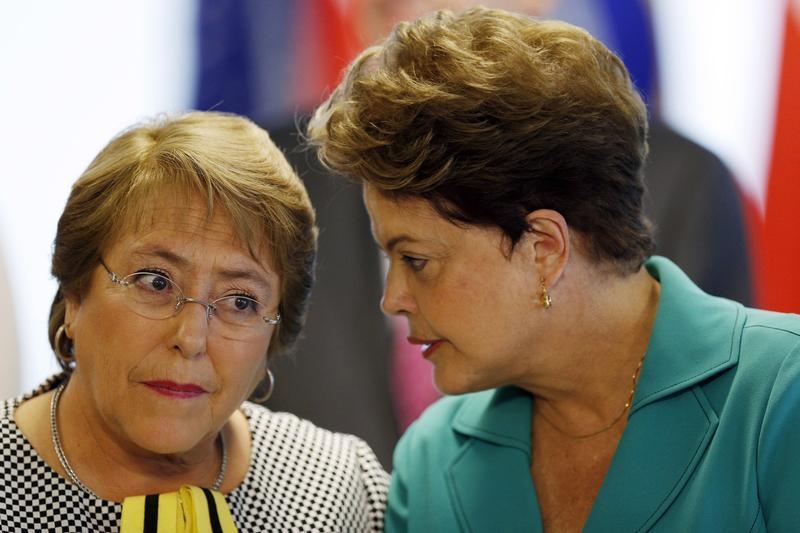 The leftist leader’s woes look like a breeze next to those of her impeached coreligionist in Brazil. Chile’s corruption scandal, economic slowdown and rising pension crisis are small in comparison, but bad news for the copper producer’s status as a bulwark of regional stability.

Hundreds of thousands of Chileans took to the streets throughout the country on Aug. 21, seeking to increase pressure on the government to throw out Chile's private pension system in favor of one that would provide better retirement benefits.

The approval ratings of President Michelle Bachelet's government plunged to just 15 percent in a poll published on Aug. 19, the lowest of any leader since the country's 1990 return to democracy.

Chile's gross domestic product shrunk by 0.4 percent in the second quarter of 2016 from the first quarter, as mining in the world's biggest copper exporter contracted, the central bank said on Aug. 18. This marked the first contraction from one quarter to the next since early 2010, when Chile was hit by a devastating earthquake. The setback followed higher-than-expected 1.3 percent growth in the first quarter. The economy is still growing in annual terms. Compared with a year earlier, second-quarter growth was 1.5 percent.