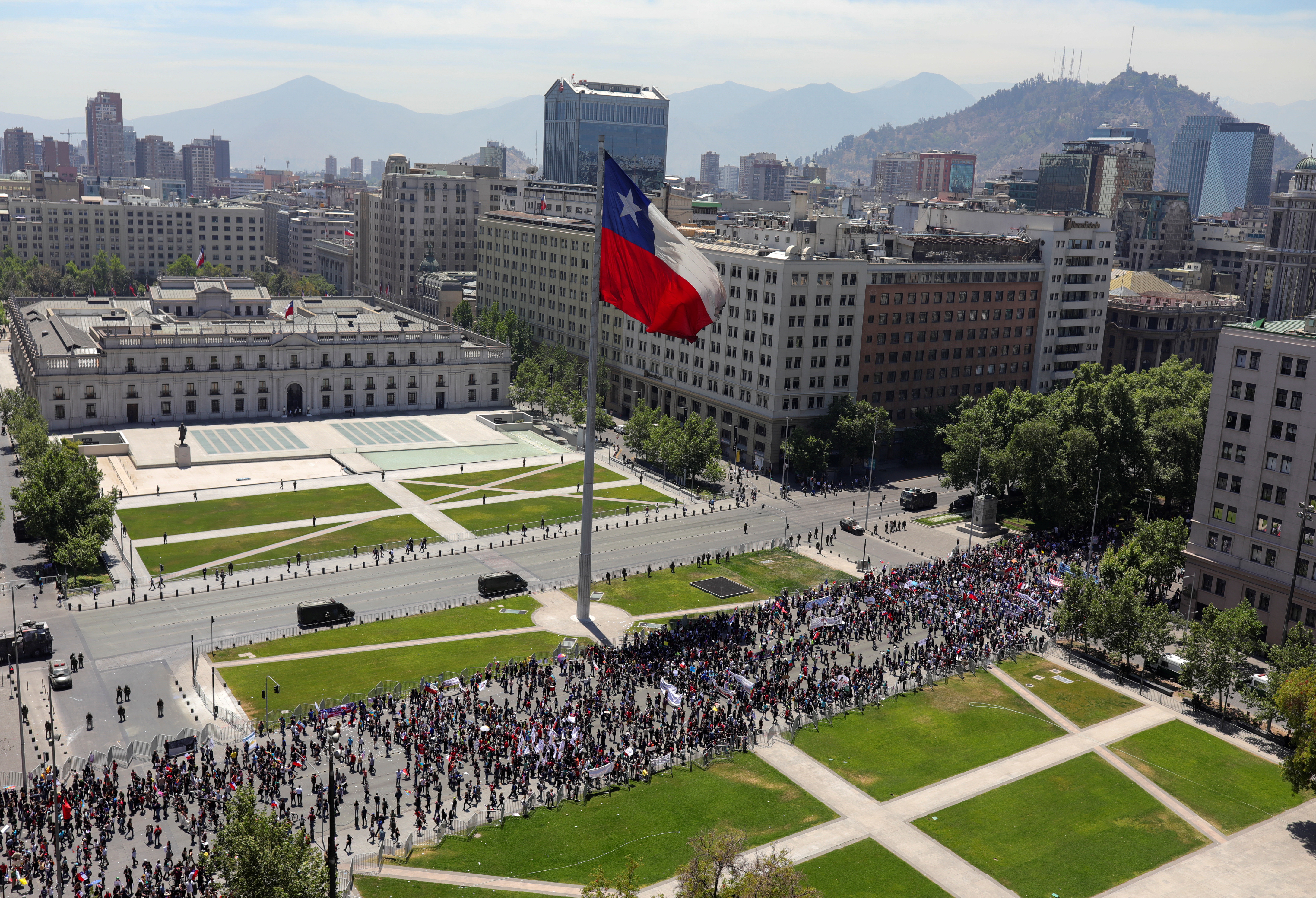 The country has pulled out of hosting the U.N.’s annual anti-global-warming confab and the APEC summit following deadly protests over inequality. It exemplifies the dilemmas governments and companies face in trying to tackle long-term problems when there are also immediate needs.

Demonstrators gather in front of La Moneda Presidential Palace during a protest against Chile's government in Santiago, Chile October 30, 2019.

Chile on Oct. 30 said it could no longer host either the Asia-Pacific Economic Cooperation summit scheduled for Nov. 16-17 nor the 25th United Nations Conference of Parties climate-change gathering due to take place between Dec. 2 and Dec. 13.

President Sebastian Piñera made what he called the “painful” decision after weeks of protests and riots over inequality that have left at least 18 people dead and caused at least $400 million in damage.

Some 20 countries were due to attend APEC, at which U.S. President Donald Trump and his Chinese counterpart Xi Jinping were expected to sign an interim agreement to end a 15-month-long trade war. Around 190 countries were lined up to take part in COP25. Patricia Espinosa, the U.N. executive secretary responsible for climate change said in a statement that the organization was “exploring alternative hosting options.”