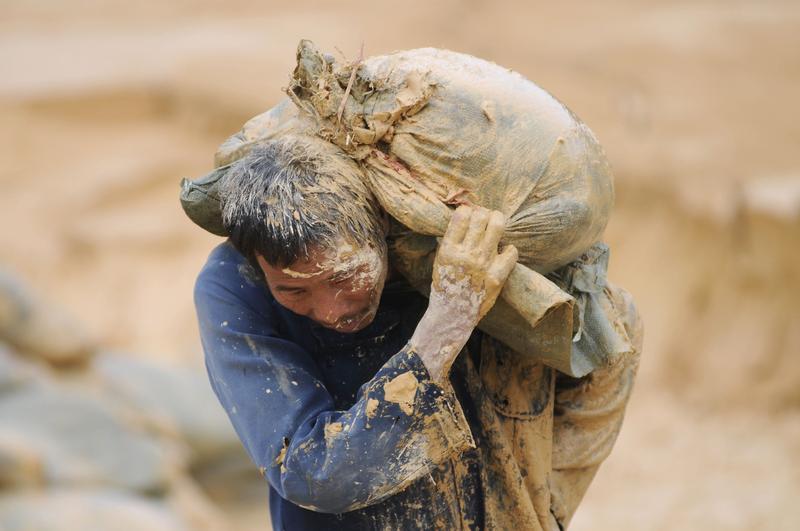 Beijing is limiting output of tough-to-mine minerals like cerium and neodymium, starving foreign buyers of key ingredients used in electronics and weapons. It’s a drastic escalation that will punish profit margins, and yet an overdue rush to develop new supply will come too late.

A labourer works at the site of a rare earth metals mine at Nancheng county, Jiangxi province October 29, 2010. The world's most populous country has already tightened control on raw materials it considers critical to its its rapid economic development, and would have little reason to back down on the rare earths issues, said Charl Malan, precious metals and mining analyst at Van Eck Associates Corp, which on Thursday launched the first U.S.-listed exchange-traded fund focused on rare earths and other so-called strategic metals.

The Chinese government is curtailing domestic production of rare earth minerals in the second half of the year to 45,000 tonnes, data from Adamas Intelligence shows. Adamas researchers estimate this is only enough to supply domestic buyers.

China is the largest producer and consumer of rare earths, a group of 17 elements used in electronics, catalytic converters and to strengthen metals for use in aircraft, for example. China accounted for roughly 80 percent of global production in 2017, according to the U.S. Geological Survey.

A Pentagon report released in early October called China's dominance of rare earths production a "significant and growing risk" given that many military products include rare earths.