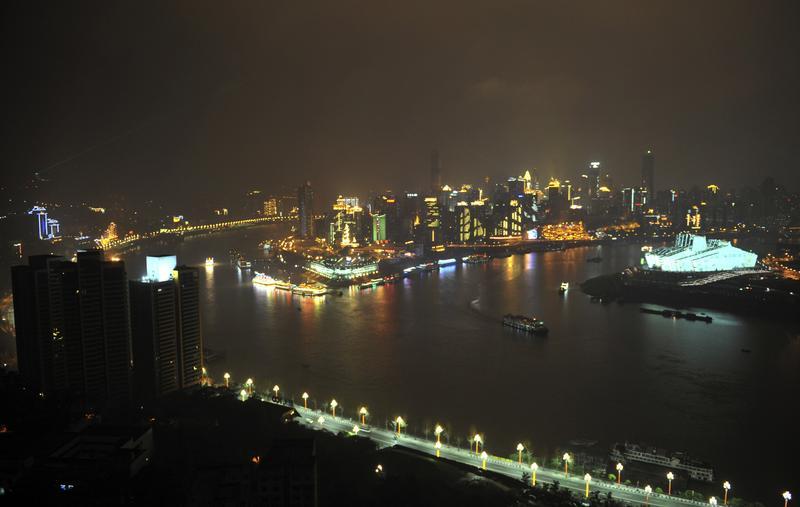 Financial innovation is paying off for Bank of Chongqing, a small Chinese lender preparing for a $2 billion stock market listing in Hong Kong. What sets the bank apart isn’t its enviable 32 percent return on equity, but its copious use of what might be China’s most baffling securities.

The instruments, called “trust beneficiary rights”, accounted for nearly two-thirds of Bank of Chongqing’s investment portfolio in the first half of 2013. The interest they paid was equivalent to almost all of the year-on-year increase in the bank’s interest income.

A trust right is created when an intermediary called a trust company makes a loan to a borrower and then sells on the credit risk to a bank. Often the borrower is a local government in need of funds, and the bank doesn’t want to lend to it directly.

Normally, the bank would be exposed to the risk the loan can’t be repaid. To get around that, the borrower gets its IOU to the trust guaranteed, often by bringing in another bank. The first lender can then treat its trust rights like a loan to another bank.

This game of pass-the-parcel brings several benefits. The main one is that the trust right pays a much higher interest rate than an interbank loan. And loans between banks only require the lender to lay aside a quarter as much capital as it would for a corporate loan.

Bank of Chongqing is an ideal buyer of these securities – it has 56 billion yuan ($9.2 billion) of deposits not currently matched by loans. Its holdings of trust beneficiary rights generated a 7 percent yield in the first half of the year, comparable to the rate on company loans, but with less credit risk. The guarantee means it doesn’t even need to vet the ultimate borrower directly.

If the borrower stops servicing its loan, though, a scramble could ensue. Bank of Chongqing would expect the trust to rustle up the funds. The trust would harass the guaranteeing bank, which may not have laid aside sufficient capital to cover the loss, especially if the ultimate borrower has the unofficial backing of a local government.

The loophole is crying out to be closed by regulators. At best they could force banks to limit their exposure, causing earnings to slow. At worst they could reclassify trust rights as corporate loans, requiring banks to hold masses more capital against them. Despite the name, the benefits of this type of financial innovation look hard to sustain.

A view of the city skyline is seen at night from a mountain on a hazy day in Chongqing municipality, October 26, 2011.

Chinese city lender Bank of Chongqing launched an initial public offering in Hong Kong that could raise up to $593 million, according to people familiar with the situation, potentially valuing the company at more than $2 billion.
Around a third of the offer had already been allocated to investors including National Bank of Canada and Dah Sing Bank, in return for an agreement not to sell for a fixed period, the sources said. The latter already owns 20 percent of the company.
The bank’s interest income for the first half of 2013 was 4.9 billion yuan ($810 million), a 21 percent increase on the same period a year earlier. Within that, 788 million yuan came from investing in trust beneficiary rights - a structure where a bank takes on the credit exposure of a loan issued by a trust company.
Trust companies are vehicles that hold or repackage assets, such as loans or property, on an investor’s behalf, usually without taking on the credit risk.
Bank of Chongqing said that 89 percent of its investments in trust beneficiary rights - and other alternative products known as “directional asset management plans” - were secured by letters of credit issued by other Chinese banks as of June 30.
Bank of Chongqing’s pre-IPO filing showed it made a 32 percent return on equity in the first half of 2013, compared with 18.9 at larger rival Chongqing Rural Commercial Bank. Including the IPO proceeds, Bank of Chongqing’s returns in 2013 would be around 22 percent.
Goldman Sachs and Morgan Stanley are acting as global co-ordinators for the offering. The shares are due to start trading on Nov. 6.