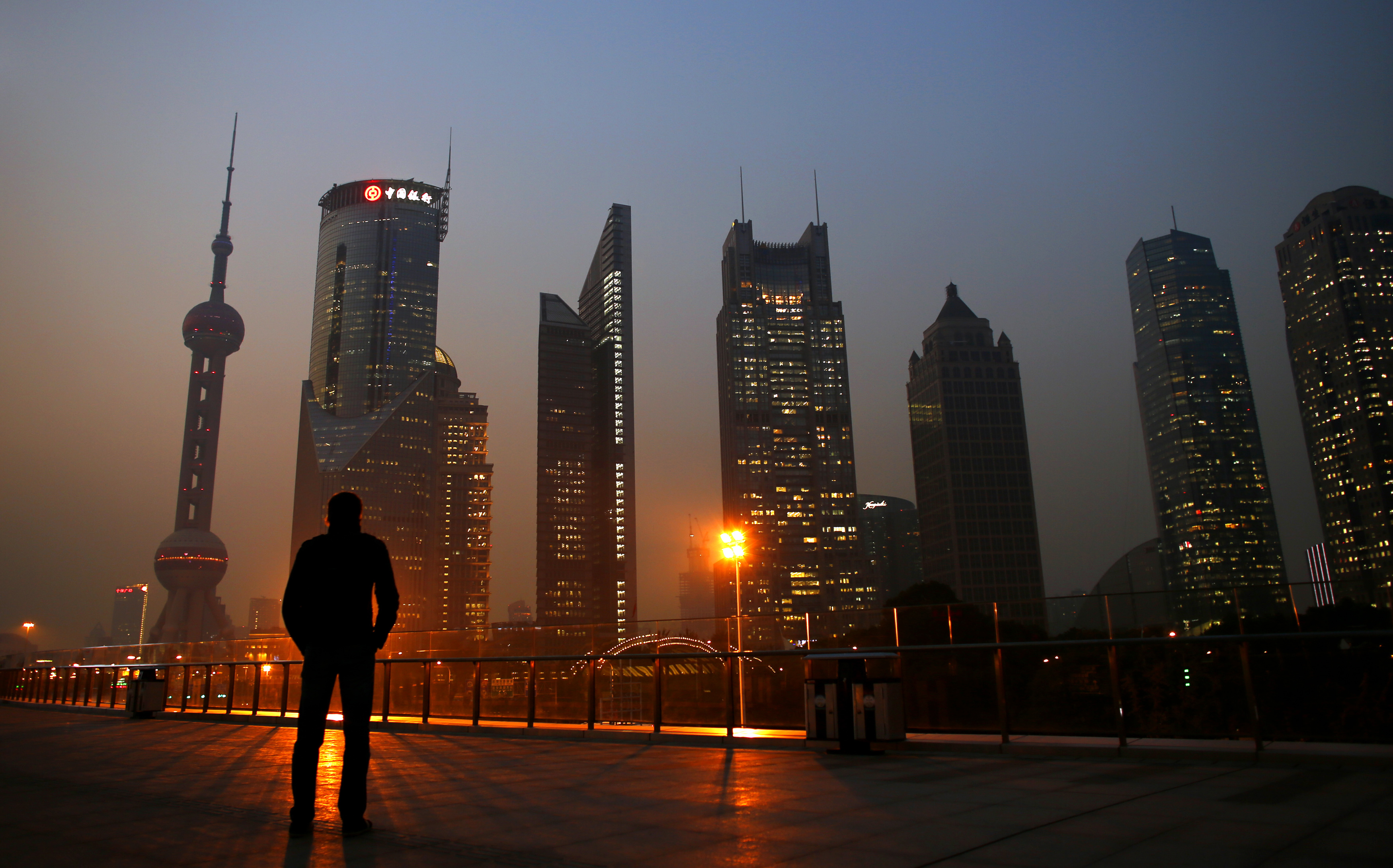 Mainland rainmakers are becoming a headache. Global banks still need them to navigate China’s corporate waters. But sudden disappearances of corporate and financial tycoons make high-flying staff a risky commodity. Compliance costs are rising, while their potential is shrinking.

A man looks at the Pudong financial district of Shanghai November 20, 2013. With a shift in tone and language, China's central bank governor has dangled the prospect of speeding up currency reform and giving markets more room to set the yuan's exchange rate as he underlines broader plans for sweeping economic change. The central bank under Zhou Xiaochuan has consistently flagged its intention to liberalise financial markets and allow the yuan to trade more freely, even before the Communist Party's top brass unveiled late last week the boldest set of economic and social reforms in nearly three decades. REUTERS/Carlos Barria (CHINA - Tags: BUSINESS CITYSCAPE TPX IMAGES OF THE DAY) - RTX15LH0

The company run by missing Chinese-born businessman Xiao Jianhua said it was operating normally in a blog post on Feb. 2. Xiao was last seen at the Four Seasons hotel in Hong Kong. Authorities in Beijing have declined to comment on Xiao’s case, while in mainland China, blog posts and search-engine results relating to him have been deleted.

Fosun International said in December 2015 its Chairman Guo Guangchang, one of China’s best-known entrepreneurs, was assisting mainland authorities with an investigation after an earlier report by established Chinese publication Caixin said the group had lost contact with its billionaire founder. Guo reappeared a few days later in Shanghai, Reuters reported citing a person who was at the event.

Shares in British hedge fund manager Man Group fell in September 2015 following a Bloomberg report that the head of the group’s China unit had been taken in by authorities to help with a probe into market volatility in China. She reappeared a few days later saying she had been attending industry meetings and had taken days off to meditate.