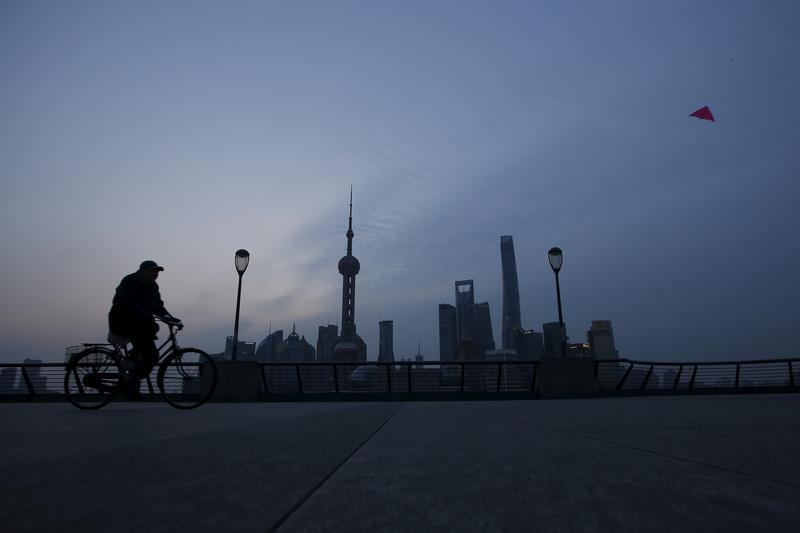 Recent curbs on lucrative shadow lending haven’t done the job. Shadow loan portfolios at some smaller banks nearly doubled in the first half of this year. The $2 trillion business poses a growing threat to financial stability. Stronger medicine is needed.

A man rides a bicycle on the Bund in front of the financial district of Pudong in Shanghai, China, March 25, 2016. REUTERS/Aly Song - RTSC5J5

Mid-tier Chinese banks' shadow lending portfolios surged in the first half of the year, Reuters reported on Sept. 1, citing an analysis of official filings. The country's banking regulator has issued a number of directives to curb the use of opaque lending structures that are seen as a threat to financial stability.

The shadow loan book at Industrial Bank rose 4.4 percent to 1.23 trillion yuan, equivalent to 63 percent of its normal loan book, according to Reuters calculations. China Minsheng Banking and China Zheshang Bank both reported an 86 percent rise in shadow loans, the fastest among their listed peers.

Meanwhile, issuance of wealth management products climbed by almost 12 percent to a record 26.3 trillion yuan ($3.9 trillion) in the first half of the year, according to figures from the state-run China Central Depository & Clearing Co.