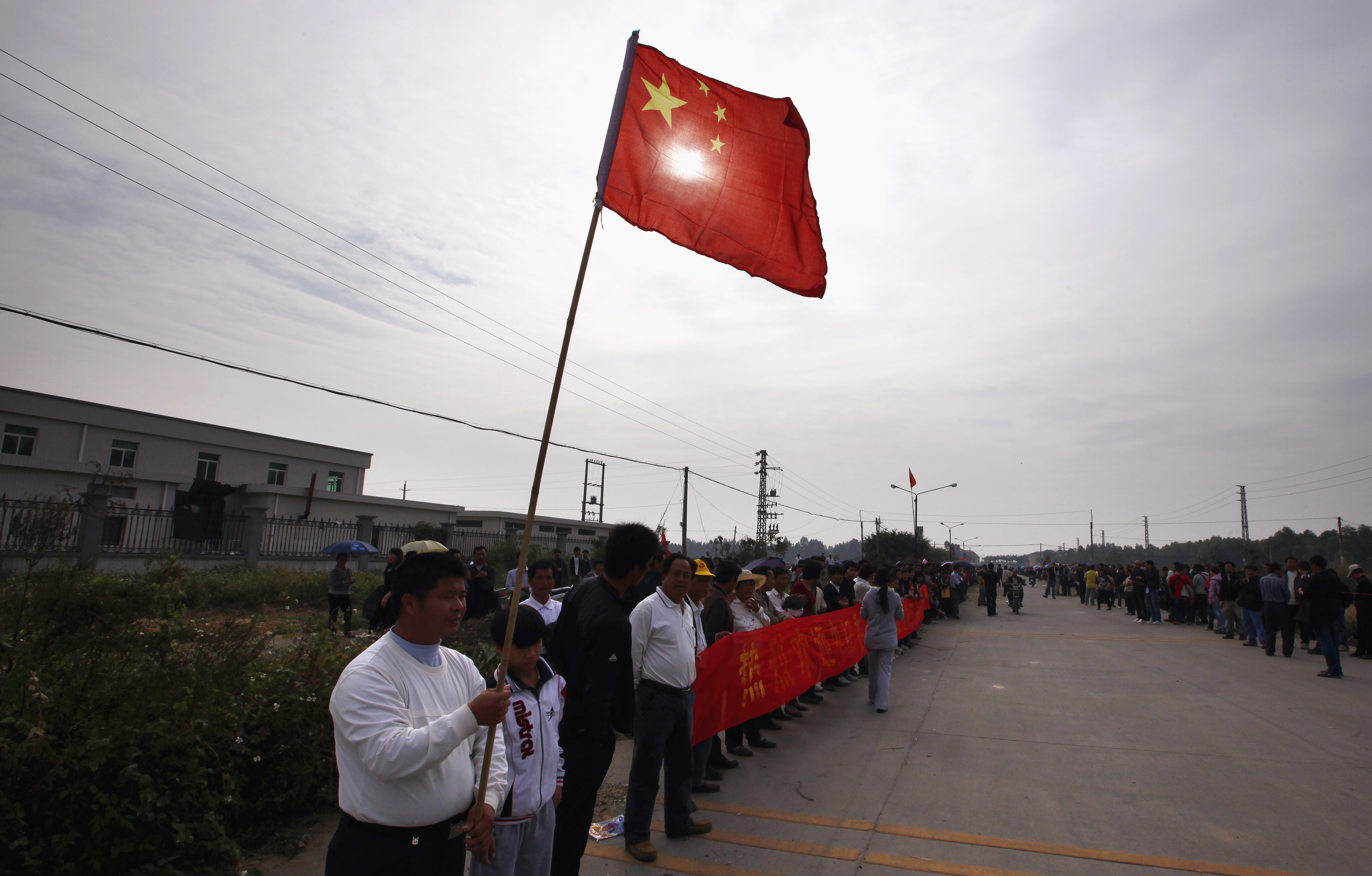 A man holds the Chinese national flag as he and other residents of the village of Wukan line the main road to welcome the government officials back into the village in Lufeng county, Guangdong province December 21, 2011.

Krane Funds Advisors launched its KraneShares MSCI One Belt One Road ETF on Sept. 8, tracking the MSCI Global China Infrastructure Exposure Index. The exchange-traded fund, which is listed on the New York Stock Exchange, is intended to capture the performance of listed firms with high degrees of exposure to Chinese infrastructure development.

Chinese acquisitions in the 68 other countries officially tied to the One Belt One Road infrastructure and trade initiative, a focus of PRC President Xi Jinping, are on track to far surpass levels from last year, despite a 42 percent year-on-year fall in overall outbound mergers and acquisitions, according to Thomson Reuters data. Chinese firms generally find regulatory approval for outbound deals proceeds more smoothly if the projects are tied to the initiative, which according to Krane Funds will connect 69 countries representing an aggregate population of 4.5 billion and a nominal GDP of $23 trillion.

Industrial and Commercial Bank of China, the country’s biggest lender, said in May that it had provided $67 billion in credit for projects related to One Belt One Road as of May. Bank of China plans to extend $100 billion of credit to projects by the end of this year.