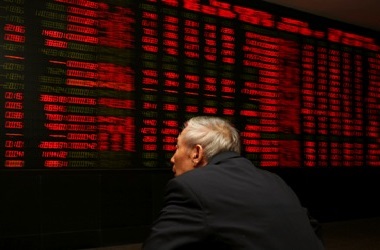 Messing up is good, at least in small doses. A default by a restaurant chain that botched its transition to cloud computing could bring some discipline to a market that had little. The pity is that freedom to fail is a long way from being applied regardless of size and sector.

A shareholder watches an electronic board inside a stock exchange market in Jinan, capital of east China's Shandong province, November 14, 2006. REUTERS/Stringer

A Chinese cloud computing company said it would be unable to pay back the principal on its exchange-traded bonds on April 7, making it the first issuer to fail to return investment funds in China’s domestic bond markets.

Cloud Live said it had raised 161 million yuan ($26 million) from shareholders, asset sales and by collecting customers’ unpaid accounts, which left it with 241 million yuan still due to be repaid to investors. It blamed heavy losses in part on “mismanagement”.

Chaori Solar, a solar panel maker, failed to pay interest on a domestically issued bond in 2014, though was later bailed out by a consortium of domestic companies.

Non-payments have also occurred among companies that issued debt in foreign markets, including real estate developer Kaisa, which is currently negotiating with bondholders on a debt restructuring. Kaisa has postponed publication of its 2014 accounts.

China’s central bank announced the launch of deposit insurance on March 31, after over a decade of deliberation. The scheme, to be funded by banks themselves, would protect more than 99 percent of savings in the event of a bank collapse, and take effect in May.