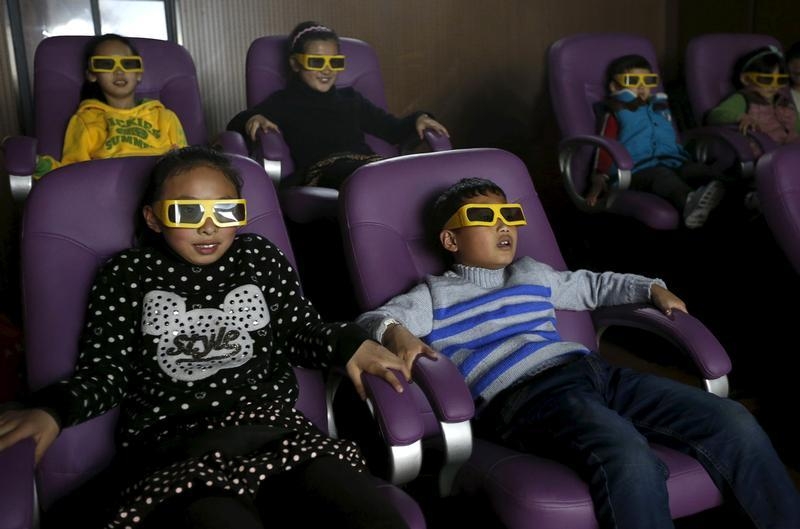 China’s booming movie industry may be a rising star in the economy, but growth looks less stellar up close. Swelling audiences are on track to lift ticket sales to 40.6 billion yuan ($6.4 billion) this year, an increase of 36 percent from the previous year. But heavy discounts from cinema chains and online sites may be exaggerating top line growth.

Observers of China’s economy often point to the movie boom as a sign that consumers remain confident despite slowing growth. Investors eager for exposure to consumption-related businesses have helped lift shares in IMAX China 21 percent since its Hong Kong stock market debut on Oct. 8.

Yet as with many Chinese statistics, the numbers may not be as dazzling up-close. The likes of Wanda Cinema Line, which is China’s market leader with 191 theatres, report box office takings based on the full ticket price. But many tickets bought online are sold at a discount, with cinemas and online sites often subsidizing the difference.

So users of Wanda’s site can currently buy movie tickets in Beijing at up to 40 percent less than the regular price. Meanwhile, discount sites, such as the Alibaba-backed Meituan, are selling tickets at certain cinemas at almost 80 percent off the full price. This matters because half of all movie tickets in China are now bought online.

It’s not unusual for cinemas to offer discounts to boost audiences. And it’s far from clear what proportion of ticket sales are subsidised by cinemas and web groups. What seems certain, however, is that subsidies are flattering the growth in the headline box office numbers. Though a growing number of Chinese people are going to the cinema, the boom may not be as much of a blockbuster as the statistics suggest.

China’s box office revenue hit a new record of 1.85 billion yuan ($292 million) during the recent National Day Holiday week, according to data released by the State Administration of Press, Publication, Film and Television, state media reported on Oct. 8. This represents a 60 percent increase from the same period last year.