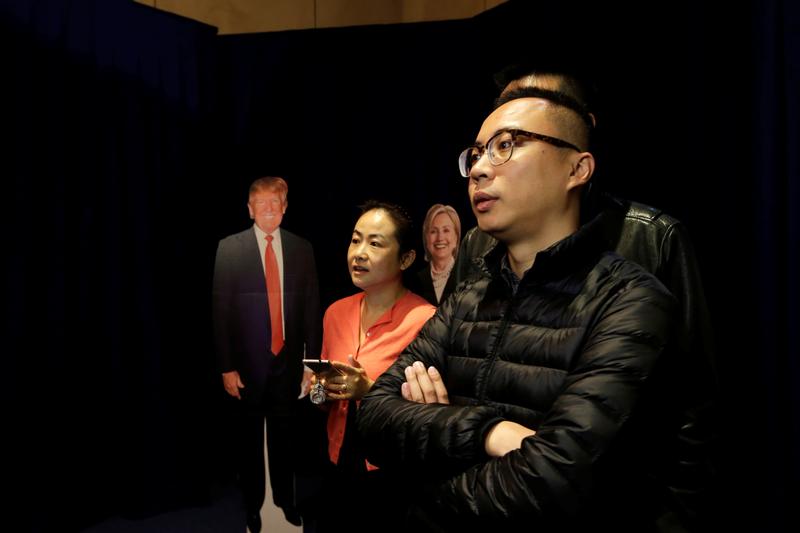 Beijing has an unprecedented – and unexpected – opportunity. The election of Donald Trump as the next U.S. president opens the door for greater Chinese influence in Asia at American expense. To take advantage, however, China must share its wealth more widely and treat neighbors more like partners and less like the client states many used to be.

One of President Xi Jinping’s favoured slogans is the “Chinese dream”, posited as an alternative to the American one. But Xi’s dream is of “national rejuvenation” for the Chinese people. The usual sop for foreigners is a chance to sell into the $3 trillion-plus Chinese consumer market.

The dark side of that dream has played into China’s imperial nostalgia. This is highly visible in domestic media. The only reason “uppity” former clients like Vietnam resist Chinese territorial claims, the narrative goes, is because the United States has misled them about their place in the hierarchy.

That attitude, expressed clumsily, has come at a cost. Despite being a massive investor in other countries and a market for Asian goods and services, the last decade has seen China struggle to retain friends even as neighbours like South Korea have moved further under the U.S. security umbrella.

Recent surpise reconciliations with the Philippines and then Malaysia suggest a tide turning in Beijing’s favour. Now the rise of Trump, skeptical of free trade and far-flung security commitments, will blow more wind into China’s diplomatic sails.

Bilateral trade agreements will no doubt accrue as neighbours hedge against a less reliable America. The “One Belt One Road” initiative will pour more surplus Chinese cement and steel into regional roads and railways. To go further, however, will require a change in approach.

As well as toning down the territorial aggression, China needs to open its economy wider. It has proven an unreliable source of demand: Trade with nearly every Asian country is down so far this year. And cross-border infrastructure investment, often delivered by Chinese firms and workers, can backfire by highlighting imbalanced economic relationships.

The game is China’s to lose. It has never had such a strong economic case to make, or as much military might to quietly back it up. Giving other Asian countries better access to its markets and making more effort to wield softer power first could help bring a dream result.

Trump has criticized Asian allies Japan and South Korea for failing to pay their share of common security costs. He has threatened to label China a "currency manipulator" on his first day in office and enact punishing tariffs on Chinese imports.

Trump has publicly opposed the Trans-Pacific Partnership treaty advanced by the administration of President Barack Obama, which was intended to maintain U.S. influence over "the rules of the game" for trade and investment regimes in Asia, as opposed to China.

The Philippines and Malaysian presidents, previously close to the United States, have both recently signalled a wish for warmer ties with China.