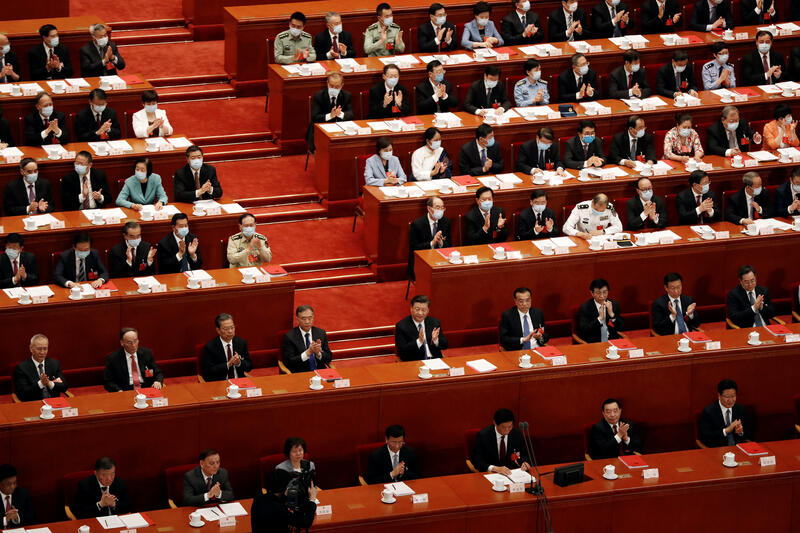 The entrepôt’s unique autonomy brought prosperity without Beijing having to cede control of the economy and people. Hong Kong’s importance has dwindled, however, and may even be holding China back. A U.S. move to strip its special status only shows how disposable that status is.

Chinese President Xi Jinping and other officials applaud after the vote on the national security legislation for Hong Kong Special Administrative Region at the closing session of the National People's Congress (NPC) at the Great Hall of the People in Beijing, China May 28, 2020. REUTERS/Carlos Garcia Rawlins - RC2JXG9HNPMB

U.S. Secretary of State Mike Pompeo on May 27 certified to Congress that Hong Kong is no longer autonomous from China.

Pompeo said Hong Kong does not deserve special treatment under U.S. laws, which provide trade and travel exceptions for the area. "No reasonable person can assert today that Hong Kong maintains a high degree of autonomy from China, given facts on the ground," Pompeo said in a statement.

China’s parliament on May 28 approved a decision to move ahead with national security legislation for Hong Kong that would aim to tackle secession, subversion, terrorism and foreign interference in the city. That decision was condemned by the United States, Britain, Australia and Canada.