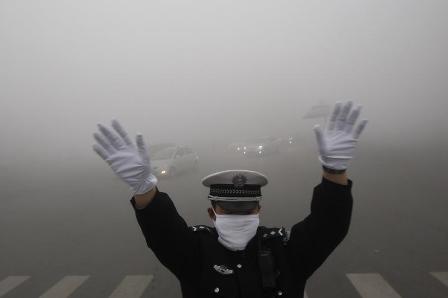 China’s carbon-trading experiment is another case of the country’s trouble with free markets. It’s not just stock prices and currency rates that are proving hard to manage. Seven pilot schemes aiming to create a market for carbon dioxide (CO2) are also floundering.

Allowing supply and demand to put a price on carbon sounded like a nice idea when China first mooted it in 2013. Trading permits for emissions fit with environmental policy but also matched official ambitions to give market forces a more decisive role.

The plan was that companies which produce more than their fair share of CO2 would buy government-issued permits from rivals which had undershot their quotas. In Guangdong, companies were also allowed to buy extras through government-run auctions. Giving polluters a financial incentive would help reduce emissions.

But the pilot markets in Guangdong, Hubei, Beijing, Shanghai, Chongqing, Tianjin and Shenzhen have flunked. Although almost every company involved was officially compliant by the end of the one-year period this summer, that achievement is underwhelming.

Permits were too plentiful and therefore very cheap. Flexible deadlines meant persistent polluters were able to meet their targets. Even Hubei cement producer Huaxin Cement – which tried to wangle extra permits from the regulator, according to Reuters – found a way to hit its target.

In Guangdong, officials are planning to revamp the sales system to attract more participants, Reuters reported on Sept. 8. Permit prices in July were down 70 percent from a year earlier and only 10 percent of the allowances available at a recent auction were sold, implying that companies had cut their output. But overall emissions in the manufacturing-heavy region dropped by just 1.5 percent.

China is not alone in struggling to make carbon a tradeable commodity. Yet the People’s Republic faces particular challenges. The government offers no official national figures for CO2 emissions and unofficial estimates may be off by as much as 14 percent, according to one recent study. There’s also little transparency at a corporate level. Without hard numbers, executives need vivid imaginations to see caps on emissions as meaningful goals rather than arbitrary digits.

For China, a carbon tax might be a better way to push companies into greener habits. A draft environmental tax law targeting water, soil and air pollution laid out rough foundations for such a levy in June this year. A tax won’t be any more popular, but would be easier to implement. This is one area where state control works better than market forces.

Almost all the companies taking part in China’s seven pilot carbon trading schemes met their emissions targets this year, according to Reuters. All seven markets had delayed their compliance deadlines to allow participants more time to cut emissions and to purchase extra permits.

Chinese authorities set up the markets in an effort to cap carbon dioxide (CO2) emissions from particular industries. Companies that emit more than they are allowed to must buy permits from companies with surplus allowances.

Permit prices in five of the markets have fallen, and prices in the largest pilot in Guangdong were down by more than 70 percent from a year earlier in July.

The Guangdong market is now planning to restructure its permit auction system in an attempt to attract more market participants, Reuters reported on Sept. 8. Guangdong’s pilot scheme is the only one which offers an option to buy permits at auction as well as by trading.

The schemes achieved CO2 emissions cuts of 5.96 percent in Beijing, 3.19 percent in Hubei and 1.5 percent in Guangdong, according to Reuters.

Recent estimates of China’s CO2 emissions may overstate the actual figure by as much as 14 percent, according to a study published in Nature magazine on Aug. 19. There are no official current statistics, but unofficial estimates have put the number between 11 billion and 20 billion tones.