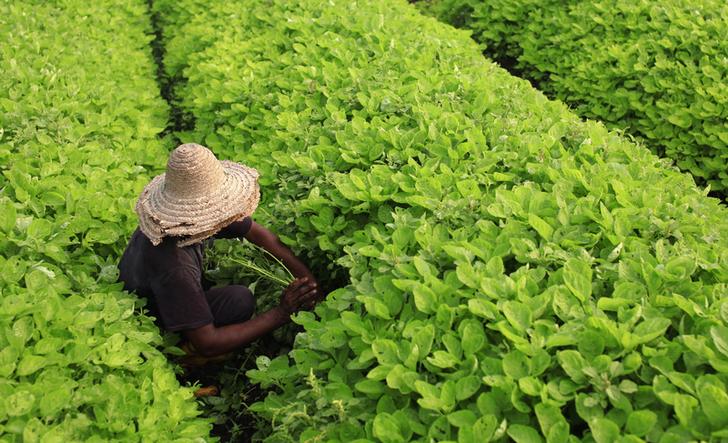 China has broken the future of Syngenta wide open. The Swiss pesticides group has rejected a $42 billion bid approach from China National Chemical Corp, reports say. But the world’s big agrichemical groups look ripe for consolidation. Syngenta may find itself among the first to be harvested.

Several factors could fuel sector-wide agrichemical M&A. The main one is price: foodstuff commodity values are falling. A bushel of wheat is trading on the Chicago Board at around 30 percent less than 18 months ago. Organic growth in the industry has been positive in only two of the last seven quarters, according to Bank of America Merrill Lynch. Competition from generic alternatives is hitting the likes of Syngenta, while exchange rate volatility poses further headaches.

As yet, the Swiss firm isn’t playing ball. Its reported rebuttal of ChemChina is in response to a 449 Swiss francs-a-share offer – the same as was bid by U.S. rival Monsanto in August before it upped it to 470 Swiss francs. Yet ChemChina’s offer is said to be in cash, rather than 55 percent in shares as Monsanto’s was.

Syngenta will need to explain why this isn’t attractive – if it objects on regulatory concerns, as Bloomberg reported on Nov. 13, it should elaborate. It used antitrust arguments to rebuff Monsanto but it will have to detail its worries again in the different circumstances. Syngenta shares are currently 18 percent below 449 Swiss francs. Even at the current market price, they aren’t obviously cheap – the group trades at 22 percent above its peer group average on a forecast earnings basis and 54 percent above peers in terms of enterprise value to EBITDA, according to Eikon data.

Syngenta, which is currently between CEOs since the departure of Mike Mack in October, does have a plan to boost group EBITDA margins. But if successful, this would push its per-share value from 370 Swiss francs to 420 Swiss francs using the company’s historic multiple of 11 times.

ChemChina may not have to do much more than keeping knocking to get Syngenta to open the door.

Shares in Syngenta, the Swiss agrichemicals and seeds company, rose on Nov. 13 as Bloomberg reported that China National Chemical Corp had made a $42 billion takeover approach. Syngenta was said to have rejected the idea of a tie-up on the terms outlined.

Shares in Syngenta, the Swiss agrichemicals and seeds company, rose on Nov. 13 as Bloomberg reported that China National Chemical Corp had made a $42 billion takeover approach. Syngenta was said to have rejected the idea of a tie-up on the terms outlined.