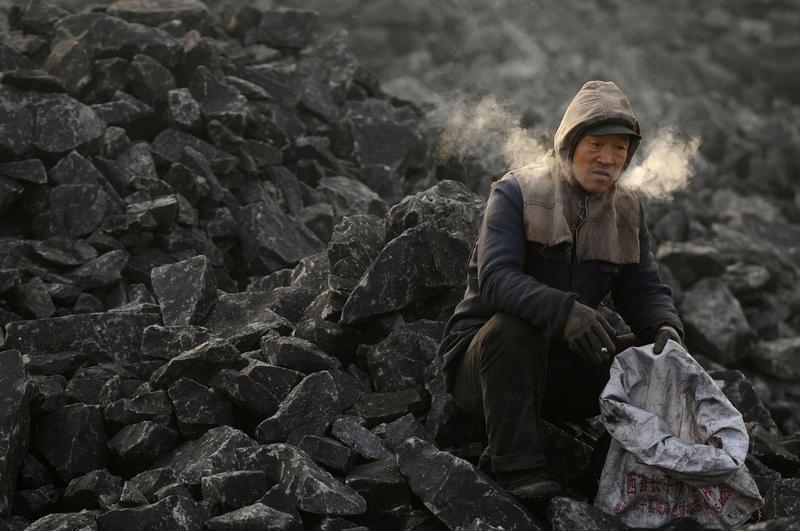 Import taxes will help China to protect its ailing domestic producers from a glut of cheap foreign supply. Yet raising the defences makes it even harder for Australia, a top exporter, to present a long-awaited agreement with its top trading partner as evenly balanced.

A worker smokes as he searches for usable coal at a cinder dump site in Changzhi, Shanxi province December 16, 2009. REUTERS/Stringer

China announced on Oct. 9 that it would levy import tariffs on coal for the first time in nearly a decade.

The Ministry of Finance said in a statement that import tariffs for anthracite coal and coking coal will return to 3 percent, while non-coking coal will have an import tax of 6 percent. The tariff will be effective from Oct. 15.

China is the world’s top producer and consumer of the commodity. Imports to the country rose 13 percent from the previous year to 327 million tonnes, accounting for around 10 percent of China’s total consumption.

“This is the kind of hiccup in our biggest and most important trading relationship that we just don’t want or need,” Australian Prime Minister Tony Abbott told reporters following the statement. China buys around 25 percent of Australia’s metallurgical coal exports.

Australia was expected to finalize a long-negotiated free trade agreement with China within the coming weeks ahead of a visit by China’s President Xi Jinping to Australia for the G20 summit.