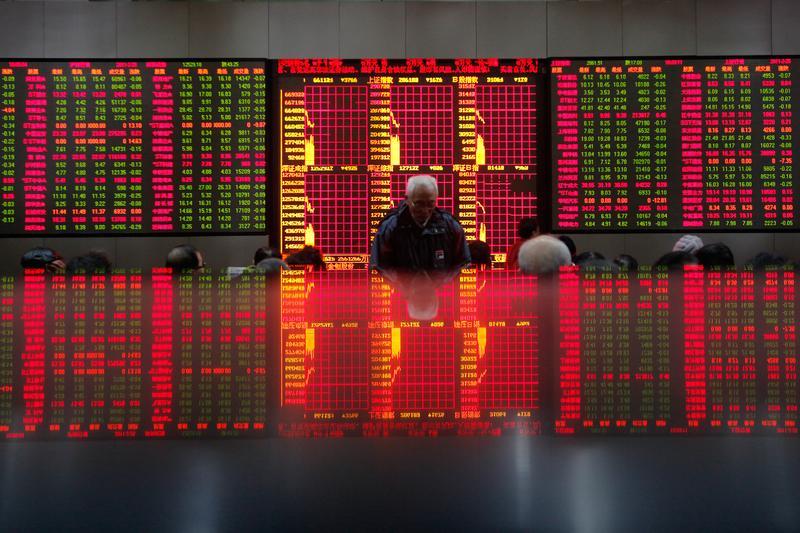 China is engaging in a shadowy version of monetary policy. Recent tinkering by the People’s Bank of China, which has pushed up rates, looks targeted at parts of the “shadow banking” sector. This kind of variegated tightening might just work, simply because China’s financial system is so dysfunctional.

No single interest rate in China sets borrowing costs across the whole economy. Interbank lending rates, which spiked in June and again in December, get much of the attention. But half of new financing in the economy is still provided by bank loans. These are funded entirely by customer deposits which are capped at 3 percent for one-year savings. June’s interbank squeeze barely affected bank lending rates at all.

Bond yields are rising, even for the government, which sold notes at a 16-year record yield on Jan. 6. But for productive companies without too much debt, the cost is still bearable. Real estate developer Guangzhou R&F on Jan. 7 sold a five-year junk bond in Hong Kong with a yield of around 8.5 percent, little more than a U.S. issuer would pay. The difference is that China’s nominal GDP probably expanded by more than 10 percent last year, compared with just over 3 percent in the United States.

Overstretched, unproductive borrowers will feel the heat most. Interbank rates feed directly into borrowing costs for those companies – notably highly leveraged property companies and industries with overcapacity. Banks aren’t supposed to lend to them, but do through other means. China’s biggest 12 lenders had 3.6 trillion yuan ($600 billion) of repurchase agreements secured with credit assets – an asset that disguises much off-balance sheet lending – at the end of June, according to Bernstein Research. Trust loans, another manifestation of shadow banking, hit 4.6 trillion yuan at the end of September.

Creating a compartmentalized cash crunch brings challenges. One is the risk that viable companies are also priced out of the market – though that still looks unlikely. The other is that China hasn’t yet got the hang of corporate failure. Starving the denizens of credit limbo might result in them going bust, which could undermine confidence. How to deal with these troublesome borrowers once and for all is the shadowiest question of all.

Rates have been rising in China’s bond markets, with the year’s first auction of government bonds reaching a 16-year high of 4.47 percent on Jan. 6. The rate at which banks lend to one another has been rising periodically since a spike in June 2013, with yields on one-week interbank repurchase agreements reaching a high of 10 percent in December.

China’s cabinet drafted new rules on strengthening oversight of the so-called shadow banking sector, advising that financial institutions should beef up their risk controls. The document, known as State Council Document No. 107 and seen by Breakingviews, is dated Dec. 10, though it has not been officially published.

Document 107 also vowed to impose more controls on the trust sector, one of the most rapidly growing parts of China’s credit market. In some cases, trusts have been used to extend funding to bank clients shut out from traditional loans.