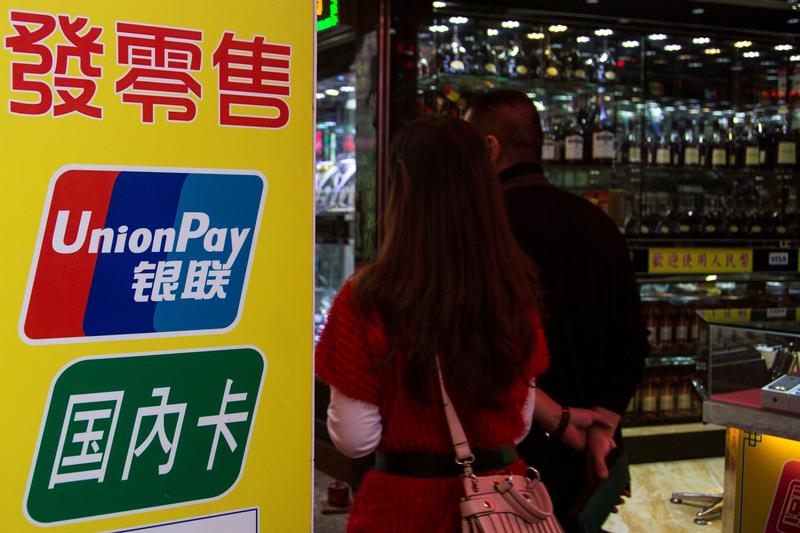 The government reportedly halved the cash tourists can withdraw using UnionPay cards in the gambling mecca. That hammered casino operator stocks and may derail the island’s economic recovery. It also illustrates the utility of a debit card monopoly in stemming capital flight.

Chinese visitors walk past a sign for China UnionPay outside a pawnshop in Macau, in this picture taken November 20, 2013. REUTERS/Tyrone Siu/File Photo - RTSVBHU

Macau is preparing to slash in half the amount of cash China UnionPay card holders can withdraw from ATM machines in the world's largest gambling market, the South China Morning Post reported on Dec. 8, citing a finance industry source.

UnionPay's international arm said in an emailed statement to Reuters on Dec. 9 it had made no changes to its policy on overseas cash withdrawals using mainland-issued cards, adding that UnionPay always conducts its business "in accordance with domestic and foreign regulations."

Macau, a semi-autonomous territory on China's southern tip, is the only place in China where gambling is legal.

The move comes as capital outflows from China accelerate and the currency is sliding against the dollar, causing China's forex reserves to decline by $69 billion in November.

Shares of casino operators in New York and Hong Kong fell sharply on the news. Sands China was down around 7 percent in mid-morning trade in Hong Kong, as were Wynn Macau, Galaxy Entertainment and MGM China.

Gambling revenue in Macau fell 34 percent in 2015 due to China's corruption crackdown, but has shown signs of recovery in late 2016. Macau's GDP grew 4 percent in the third quarter, the first positive growth recorded over the past two years, Macau's Statistics and Census Bureau said in November.

This piece has been updated to show UnionPay response and add attribution in context news, and to add "reportedly" to the introduction.