Time to speak out 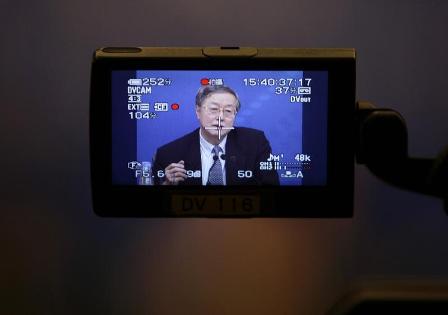 Silence has been good policy for China. The authorities’ penchant for relying on the unsaid, especially when it comes to financial obligations, has been a useful tool for channeling funding to banks and companies. But recent ructions in the interbank market, where lenders turn for short-term funding, suggest the age of ambiguity may soon have to end.

The 25 percent rate some banks were being charged for one-day funding on June 21 is a pretty clear signal of distress. Yet the central bank’s intentions remain murky. Even if the People’s Bank of China comes to the rescue by directly doling out liquidity to lenders who need it, it doesn’t need to say it did so for one month. Markets are left hoping for the best, or fearing the worst.

That’s not the only area where China has benefited from shades of grey. Despite the absence of clear rules, most investors believe lenders can’t fail, and that bank deposits are all backstopped by the state. Savers are thus happy to leave their money in the bank, where it has helped fuel China’s rapid economic growth. China’s banks have lent over $1.5 trillion to local governments via funding vehicles, assuming – though it was never said out loud – that the authorities would help if the loans went bad. They have also extended credit using short-term wealth management products, which were sold to customers who expect to be paid back in full.

In a financial crisis, however, ambiguity can be dangerous. Banks depend on their savers’ trust, and social media can undermine that in seconds. Bank of China was forced to use its Weibo microblog to deny reports that it missed a loan payment on June 20. For a smaller lender, that could have been disastrous. Censorship is an option for nervous watchdogs, but barring the mention of a bank might only make a bad situation worse.

The more complex China’s financial markets become, the more important it is that authorities change their opaque ways. One option is to bring in clear rules to deal with a market failure, including resolution schemes for failing banks. Alternatively, admit that all banks and depositors are too important to fail, and deal with the resulting moral hazard. Though neither is attractive, uncertainty and uncontrolled rumour are worse.

Chinese interbank lending rates remained elevated and volatile on June 21, as some banks struggled to secure short-term funding from their peers. The one-day bond repurchase rate spiked to as much as 25 percent, after hitting 30 percent on June 20.

Industrial and Commercial Bank of China and Bank of China both denied rumours that they had received emergency funding from the People’s Bank of China on June 20. The same day, the Bank of China used its Weibo social media account to refute a report from 21st Century Business Herald that it had defaulted on a loan.

China’s central bank injects into or withdraws money from the market on Tuesdays and Thursdays, though it has refrained from large additions for two weeks. The bank can also inject funds for specific lenders through “short-term liquidity operations”, which would be disclosed to the market with a one-month lag.