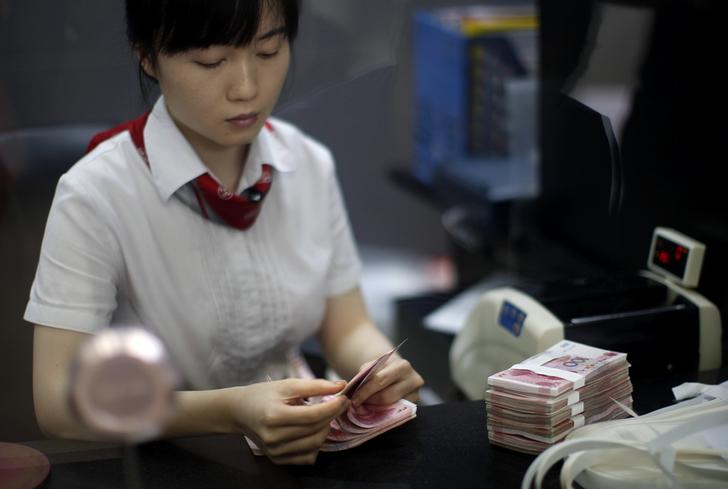 A surprise 1.9 percent devaluation of the yuan won’t have much effect on the real economy, but may show willingness to help exports through a cheaper currency. To unwind global imbalances, the yuan really needs to be stronger. China just isn’t yet ready to take that medicine.

An employee of the Industrial and Commercial Bank of China Ltd (ICBC) counts money at one of the bank's branches at the Shanghai Free Trade Zone in Pudong district, in Shanghai September 24, 2014.

The People’s Bank of China set the reference rate for the yuan almost 2 percent weaker against the U.S. dollar on Aug. 11. The new rate of 6.2298 compares with the previous fixing of 6.1162 against the U.S. currency. The monetary authority described the adjustment in the partially controlled Chinese currency as a “one-time correction”.

China’s central bank sets the start point for the yuan each morning, from which it can move 2 percent in either direction within a single day.

China’s exports fell 8.3 percent in July, according to official data released on Aug. 8, compared with the same period a year earlier. The trade surplus of $43 billion compared with $46.5 billion in June, and a six-month rolling average of $41 billion. The surplus in trade with the United States was $31.5 billion, the third highest month on record.