A ray of Sunac 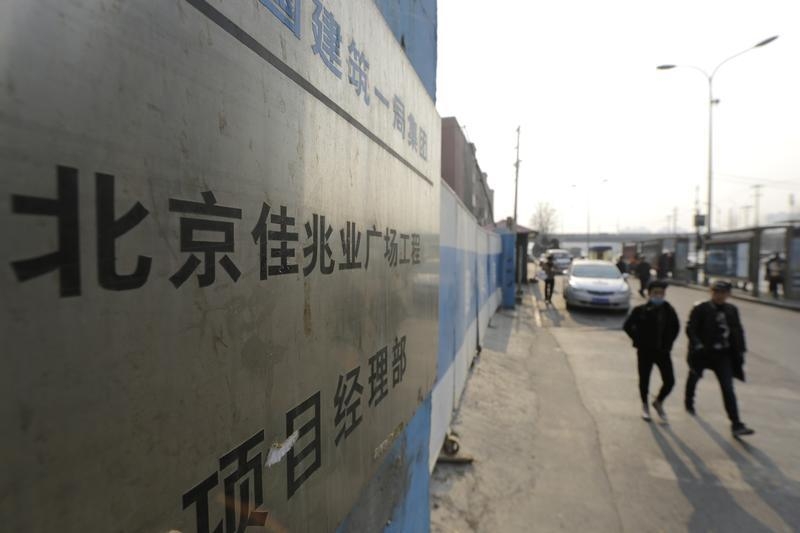 The purchase of 49 percent of defaulted property group Kaisa by rival Sunac gives offshore bondholders hope of getting their money back. For the wider sector, though, it’s only a problem deferred. While Kaisa may have been saved, there are only so many brave buyers to go around.

People walk past a construction site of Kaisa Plaza in Beijing, January 13, 2015.

Chinese property developer Sunac acquired a 49 percent stake in financially troubled rival Kaisa on Feb. 5, according to a filing on the Hong Kong Stock Exchange, where both are listed.

Sunac paid an average price of HK$1.80 per share, the filing said. Kaisa shares last traded at HK$1.59 on Dec. 24. The shares were suspended after the departure of the company’s chairman. That triggered a technical default on a loan from HSBC. The Hong Kong-based lender subsequently agreed to amend the terms of the facility.

Kaisa, which has been blocked from selling properties in its home market of Shenzhen, made a late $26 million interest payment on one of its bonds on Feb. 6. The payment had originally been due on Jan. 8.

Under Hong Kong rules, an acquirer of a stake above 30 percent must make a general offer to all shareholders unless granted a waiver by the exchange. The implied value of Kaisa’s equity at the reported price would be $1.2 billion, compared with $3.7 billion of cash on Sunac’s balance sheet at the end of June 2014.

Kaisa’s bonds due in 2018 were trading at 71 percent of their face value on Feb. 6, implying a yield of 22 percent. That compares with a yield of 45 percent on Jan. 15, and 8.9 percent when the bonds were first issued.

Sunac agreed to buy stakes in some of Kaisa’s real estate projects on Feb. 1 for a combined HK$3 billion. Kaisa said the proceeds would be used for working capital and operations.

Kaisa said on Feb. 6 that it had completed the acquisition of a 20 percent stake in a subsidiary called Chengdu Jinxinrui for 190 million yuan ($30 million) on Jan. 15. Kaisa last year bought 80 percent of the company for 531 million yuan.

Updated to include Kaisa’s interest payment on Feb. 6.