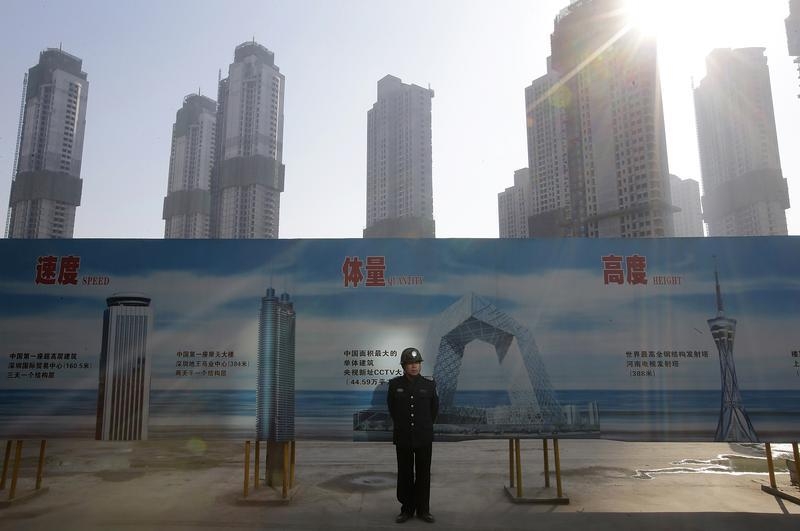 The recent default of a Ningbo group highlights the risks of a property bust. As sales slow, homebuilders are scrabbling for cash, pushing out completion dates and luring buyers with gold ingots. Real estate still holds the key to China’s growth. A bailout may be unavoidable.

A security guard stands next to an advertising board in front of a residential compound under construction in Wuhan, Hubei province January 21, 2014.

Housing sales in China fell 5 percent in the first two months of 2013 compared with a year earlier, while the number of cities showing price gains fell between January and February, according to the National Bureau of Statistics.

Growth in fixed asset investment in residential real estate slipped to 17.2 percent for the first two months of the year, compared with 22.9 percent in the same period of 2013.

Two property developers, Join In Holding and Tianjin Tianbao Infrastructure, announced on March 20 that their private share placements had been approved by the Chinese securities regulator, apparently ending a moratorium on equity refinancing dating back to early 2010.