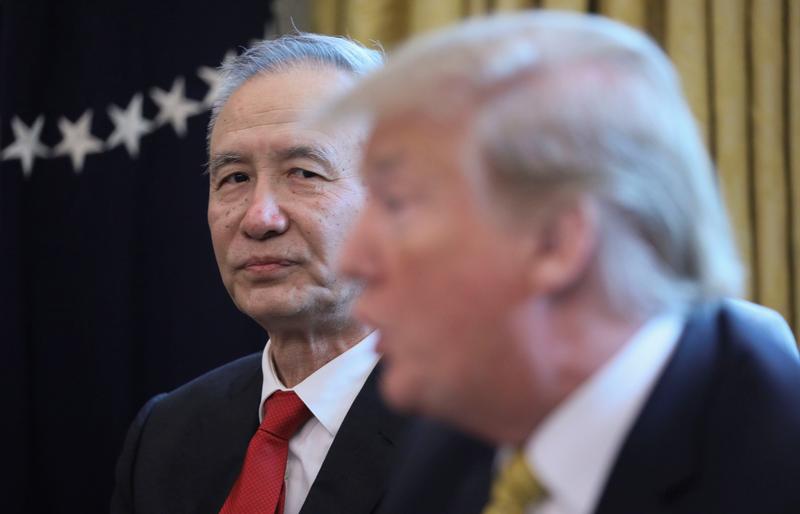 Beijing could retaliate against Washington using rare earths, U.S. debt or American companies on the mainland, a popular tabloid suggests. A better question is why such weapons, some deployed in the past, now sit idle. It points to a different, more dangerous, conflict.

China's Vice Premier Liu He listens to U.S. President Trump as they meet in the Oval Office at the White House in Washington, U.S., April 4, 2019.

China’s nationalist Global Times published an English-language editorial on May 15 from Jin Canrong, associate dean of the School of International Studies at Renmin University, implying that Beijing could retaliate against U.S. tariffs by banning exports of rare earths, selling its holdings of U.S. government debt or leveraging the presence of American firms in China.

The U.S. Commerce Department said on May 15 it was adding Huawei and affiliates to its so-called “Entity List”, a move that prevents them from purchasing parts and technology from U.S. firms without government authorisation. Chinese Commerce Ministry spokesman Gao Feng said in response that Beijing would “take all the necessary measures to resolutely safeguard the legitimate rights of Chinese firms”.