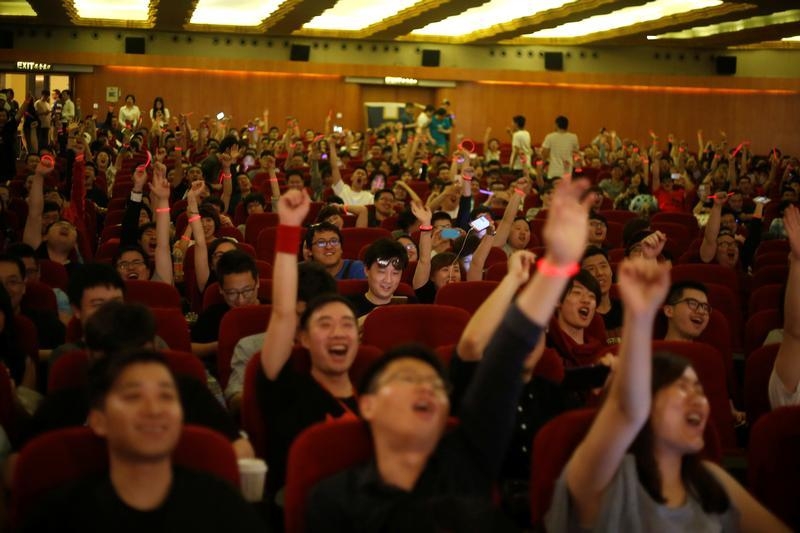 A listing of the state-owned movie distributor could value it at up to $2.4 bln. As growth slows in its core business, China Film wants to be a big player in movie production and cinemas. But it will be tough to catch up with giants Wanda and Alibaba in such vertical integration.

Fans react during China's premiere of the film "Warcraft" at a theatre in Shanghai, China June 7, 2016. REUTERS/Aly Song - RTSGFTA

China Film Co, the country's biggest film distributor, is aiming to raise 4.09 billion yuan ($612 million) in an initial public offering, according to a prospectus filed with the Shanghai stock exchange on July 20.

The company, a unit of the state-owned China Film Group, plans to issue 467 million shares, representing 25 percent of its issued share capital. China Film will set the issue price for its offer on July 26, with the trading debut expected in early August. Proceeds from the offering will go towards developing its digital cinema business, replenish working capital and repay loans.

Parent China Film Group's stake will decrease from 93 percent to 68 percent after the IPO.

The company said it had distributed 790 local movies and 223 imported movies in the past three years, accounting for 58.27 percent of the market. It controls three cinema chains in the mainland, and invests in four others.